Twitter and social networks have emerged in recent years as one of the preferred forms of communication by the great soccer stars. they, they can release breaking news, news and keep in touch with everything that happens to your followers. Precisely, what we are looking for today at Hanging by Football is to investigate the players with the most followers on Twitter.

For it, We point out the ten footballers with the most followers in which of course the great names of the football planet appear. yes, various nuances. First, the list corresponds to 14 March 2015, with which the numbers can vary up or down in a more or less sensitive way as the hours and days go by. Second, there is a clear tendency to follow players more in Spain and Latin America than in the rest of Europe. In France, England, Germany and Italy it is very difficult to find local players with high fan rates, what opens a question. Is Twitter oversized in some places? Either way, here is the list.

1- Cristiano Ronaldo: 34.171.303. More of 30 millions of users follow the Portuguese star and Real Madrid, the player they love the most on social media. Conversely, he just follows 92 users. 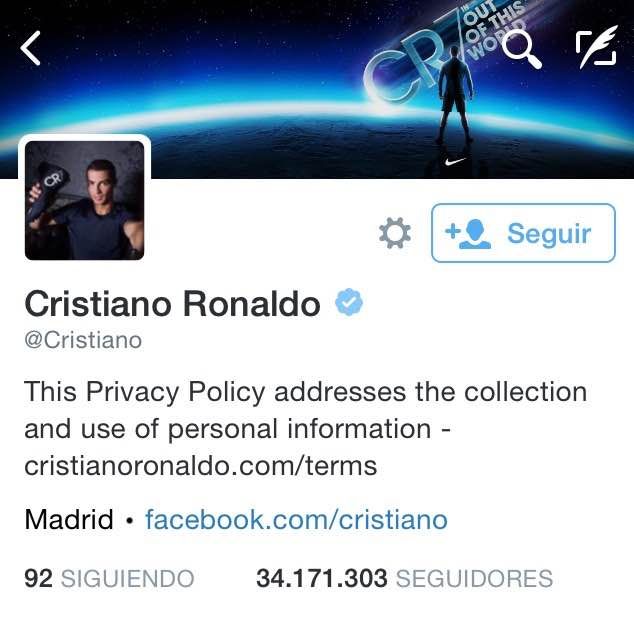 2.Kaka: 22.249.910. It is surprising that a footballer in frank decline ranks second on this list. But the fact of being one of the most expensive transfers in history, having played for Milan, Real Madrid and being Brazilian seems to give some explanation to its high number of followers.

3- Neymar: 17.312.264. the mediatic Barcelona player appears with more than seventeen million followers. Media icon at his young age, logic says that in a few years he will be the player with the most users following him.

4- Ronaldinho: 11.766.975. another brazilian on the list. The country that has the most players in the lead alongside Spain. In this case he is a veteran champion of all. A man who in his day was highly valued by brands. And it is that being ugly is not at odds with having “friends”. 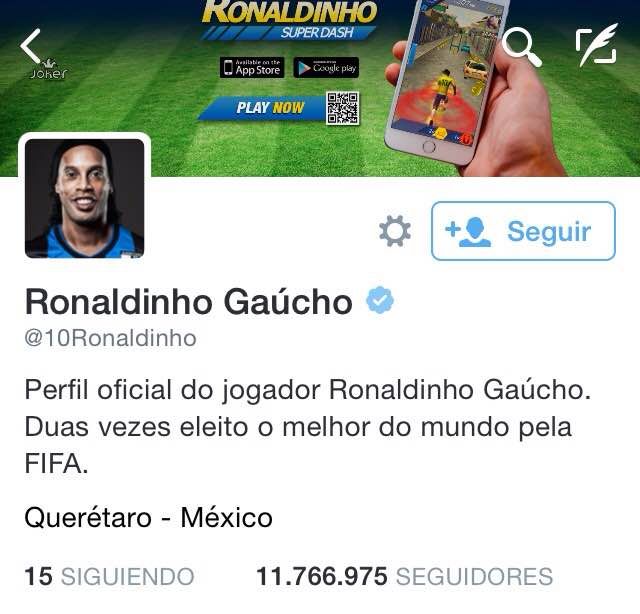 5- Wayne Rooney: 10.859.243. Now the one who appears is a Briton, in question lately in the great Manchester United. A reference of the pros and the only Premier League player capable of reaching the Top 10 of the list. Don't social networks want the Premier if they say it's the most followed?

6- Andres Iniesta: 10.531.820. The first Spaniard to appear on a list that includes four more. The manchego, scorer of the World Cup goal 2010 Spain is highly valued by followers who admire it in all kinds of communication and social spaces and networks.

7- Gerard Piqué: 10.285.047. Piqué and Shakira form a high-profile couple. But nevertheless, in social networks, Catalan cannot surpass the mother of his son, which has more than millions of users behind it. 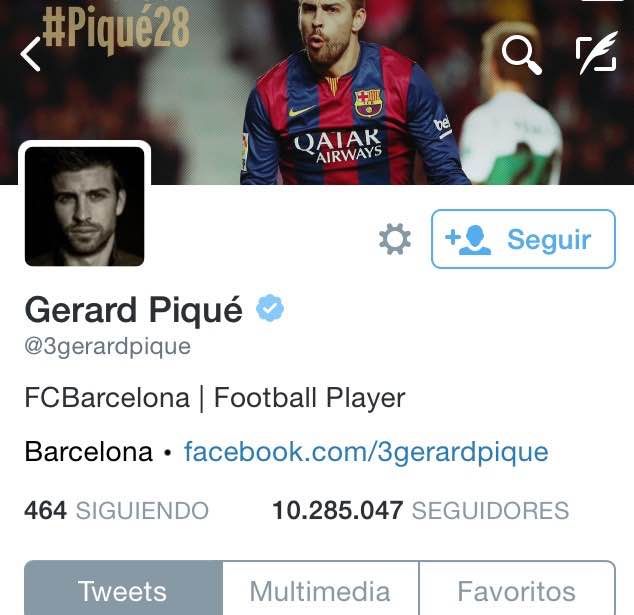 8- Cesc Fàbregas: 7.664.515. Piqué's close friend also appears on this list, maybe because of his past “british”, maybe for being friends with Piqué and Puyol, friendship that has not infrequently been reflected on the network with many jokes.

9- Xabi Alonso: 8.964.539. Another Spaniard who enters the Top 10. His photos in its numerous concentrations have been a reference for many who follow the San Sebastian always pending any possible surprise.

10- Carles Puyol: 7.666.768. The one who was a great Blaugrana captain is another fervent blue bird enthusiast. Only in this way is it understood that his numerous tweets follow him more than 7 million users. 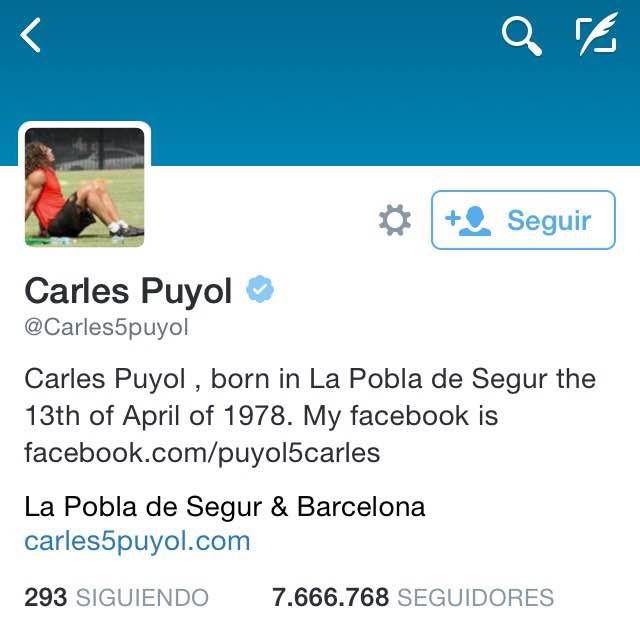