The best stop of history 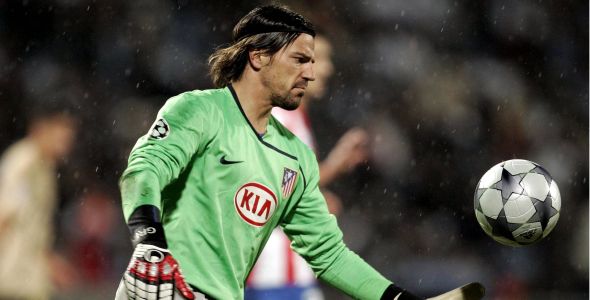 Maybe the Scorpion Higuita a parade Gordon Banks Pele more famous but none of them comes even to the sole of the shoe that made Gregory Coupet. It was a match of Champions League match at the Camp Nou. A poisoned pass a companion forced the French goalkeeper to clear his head for fear of committing assignment. After bouncing off the post, the ball came to Rivaldo, a predator in these conflicts.

The Brazilian finished in a free position, but it did not help just to confirm that Coupet that night would happen to the history of football. And he did it with the best stop is remembered.

In 1953 It was forbidden to hire foreign
Helenio Herrera, one of the best coaches in history
Carlos Caszely came to Levante in the style of film Paco Martinez Soria
The Spanish team at the World Cup in Brazil 1950
The Compostela spent four years in the elite football
That game on Manchester United 1990
The first five players who won the Golden Ball
Gigi Meroni, the tragedy was fattened with Italian Best
Spain 9- Austria 0, Raul scored four goals in a dream night
The biggest farce of football history