Germany vs Germany: when he faced political football and the same country 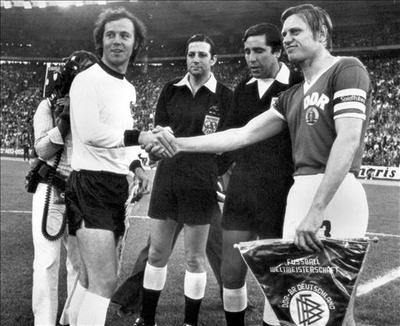 The party disputed the 22 June 1974 the Federal Republic of Germany (RFA) and the German Democratic Republic (RDA) It will not go down in history as one of the best matches ever seen in football history. However if it will be the only party that has pitted one country against itself. A duel that revealed two political styles and life faced: capitalism against communism.

Volksparkstadion occurred in Hamburg during the final day of the group stage of the World 74 from Germany. Booked solid ( more than 1500 Fans came from the GDR), the two already qualified, should find out who of them would agree as group winners for the second phase. But nevertheless, and despite having the insured pass to the next round there was a lot at stake. Honor, prestige, politics, a fine…something more important than a simple victory, the staging political system that was better. 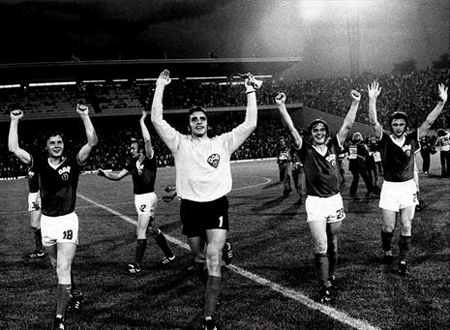 This was reflected on the pitch, where tension and nerves surrounding both selections. Excessive fear of losing struck a match with few opportunities where the highlight would the minute 77 meeting when Jürgen Sparwaser get the only goal of the match that gave victory to the GDR.

It was more than a goal, It was the victory of a team that debuted in the World Cup for the first time and that made him big time, defeating his other half. In front, Berti Vogts's, Frank Beckenbauer, Müller or Meier could not believe what happened. Things, However, They changed drastically in the next phase where the GDR was in a terrible elimanada group with Argentina, Brazil and the Netherlands. Meanwhile, West Germany got the tournament defeating in the end to the “Mechanical orange” Johan Cruyff.

The importance of the match, only between the two, was so great that at the Hannover Expo 2000 a statue was dedicated to the author of the goal, Jürgen saving water, the same who said that "if on my tombstone written only 'Hamburg 74', people will know who lies there under ". 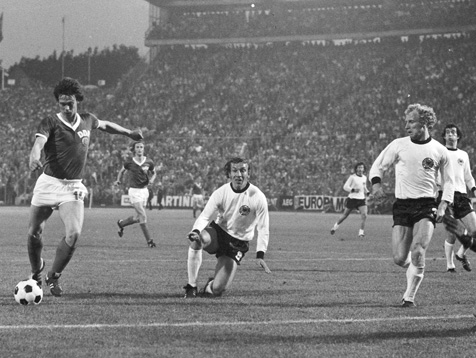 Sparwasser scored the winning goal with this release.