Portugal inscribed his name on the list of great “Maracanazos” history

Not always play at home is an advantage if it comes to a final. There have been many great teams, powerful, full of talented players who have fallen to their audience and their stadium against other weaker groups and those who nobody would have bet before the match. Recall in Colgados for football's most historic football world maracanazos:

1- Brazil 1- Uruguay 2, World Finals 1950: the party that gives this curious phenomenon. 200.000 people in Maracana expecting a win or at least a draw to secure the first World Cup in Brazil. At the end of the first half nothing to foreshadow that the title was going to leave the country. Local expired 1-0 and the party was in the stands with the public wearing of T-shirts made for the occasion champion. But nevertheless, not to sell the bear's skin before the hunt. Ghiggia marked the 1-2 which it caused the great footballing tragedy of history. There were suicides and thousands of tears. So it was, Brazil decided to change color, leaving white shirt and replacing the yellow afternoon to forget as nefarious. 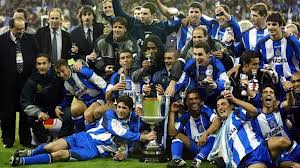 2- Real Madrid 1- Deportivo La Coruna 2, Final Copa del Rey 2003: It was the feast of the 100th anniversary of the white club. Madrid galactic star-studded against a Deportivo that nothing was a bad team but was underestimated. Zidane, Ronaldo, Figo, Roberto Carlos, It was difficult to escape. But go that got away. Tristan and Sergio Sánchez caused the outbreak half Spain. The other half cried one 6 March 2003. It was the Centenariazo.

3- Bayern 1- Chelsea 1, final Champions 2012: two great teams measured forces after removal of the Madrid and Barcelona respectively. The Germans seemed stronger against Englishmen in decline. In fact, Bayern were better from start to finish, but the lack of marksmanship enabled the Chelsea was alive until the last moment. Thomas Muller put the home side in the absence of 7 minutes, But there was a surprise: el gol 'in extremis' Didier Drogba. The striker himself committing a penalty in extra time, Arjen Robben but failed again at a key moment and Peter Cech guessed her intention. In the penalty penalties, the post, Cech and Drogba got the first Champions for Blues.

4- Portugal 0- Greece 1, Final Euro 2004: Greece was the Cinderella not only of the party but of the entire championship. But nevertheless, and he warned of his intentions to win the opening game to Portugal 1-2. Many blamed on nerves start the host. In the end, they again did. There were no excuses, They were losmejores and were Hellenes. They defended as "gods".

5- Real Madrid 1- Atletico Madrid 2, Final Copa del Rey 2013: 46 games without defeat led Real Madrid at the Bernabeu. more budget, best players, Top trainer and a galactic president. I do not care. It was worth more claw, the struggle and the delivery of a team that finally beat his rival 13 years later. The story was repeated as in the 92.

6- Sporting Lisbon 1-CSKA Moscú 3, UEFA 2005: In the season 2004/05, UEFA uncambio performed in competition with group stages and final knockout ended with lusos and Russians in the final. Under this new format, CSKA Moscow stunned Europe battled back 0-1 Home adverse Sporting Lisboa, and win the trophy 3-1 at the Estádio José Alvalade. Lions could not believe: He was slipping in his own fiefdom their first chance to win a European title since lifted the Cup Winners Cup in 1964.
7- Argentina 0- Uruguay 1, Final Copa America 1987: Uruguay and Argentina, nearby neighbors, intimate enemies, and formidable rivals. The Argentinians went to the Copa America with Maradona and the honor of being the reigning world champions. I do not care, in charruas there was one Francescoli and a certain Alzamendi that prevented being champion at home to a team that pined for a new joy.

8-France 0-Portugal 1: Portugal suffered it in 2004 against Greece and avenged coast of France suffered reproach in their Euro. Cristiano Ronaldo generation could finally build a great title and before a dump Saint Denis for France, Portuguese Water cat took a goal by Eder, the most unlikely hero in overtime. All this playing most of the game without Cristiano, his star, after being injured early in the game. He did as Greece did in the 2004, with a practical football and unsightly.