Ricardo Kaka is worth all together Borussia Dortmund 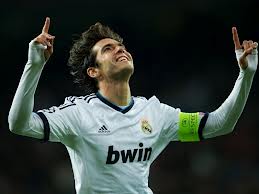 Real Madrid and Borussia Dortmund play the semifinals of the Champions League today. A curious game because according to our colleagues from sdpnoticias.com, a Real Madrid player is worth more than the entire German team. It's about Ricardo Kaká. Here is the interesting article because it has no waste: “What has a price, little value has, said Friedrich Nietzsche. Phrase that Florentino Pérez should take note of, after first Barcelona and now Borussia Dortmund have shown him that values ​​in sport can overcome power.

Opposing philosophies, same results: successes but at what price?. The difference lies in the fact that Florentino Pérez's philosophy was based on price and that of the others on quality.. The history tells, that in the biggest frauds, the protagonists are the prices.

Win 4 a 1, to a team that is almost 8 times more powerful than you, priceless”.

Who will not win it is not known, What is certain is that Hanging by Soccer will be here to tell you what happens?

The Battle of Hobbies: Chapter 1-Leganés
Benzema, the 9 without a goal
The ultras of Le Havre invade the pitch to berate his players
Maradona is back in form
Santi Cazorla wins in his first month at Arsenal
John Carew, signed for Inter Milan
Alaves players, Levante and Leganés review the 2019
All winners of the Golden Ball history (1956-2015)
A youth team leaving the field after racist insults one of his players
Inter ends the streak 49 game unbeaten Juve