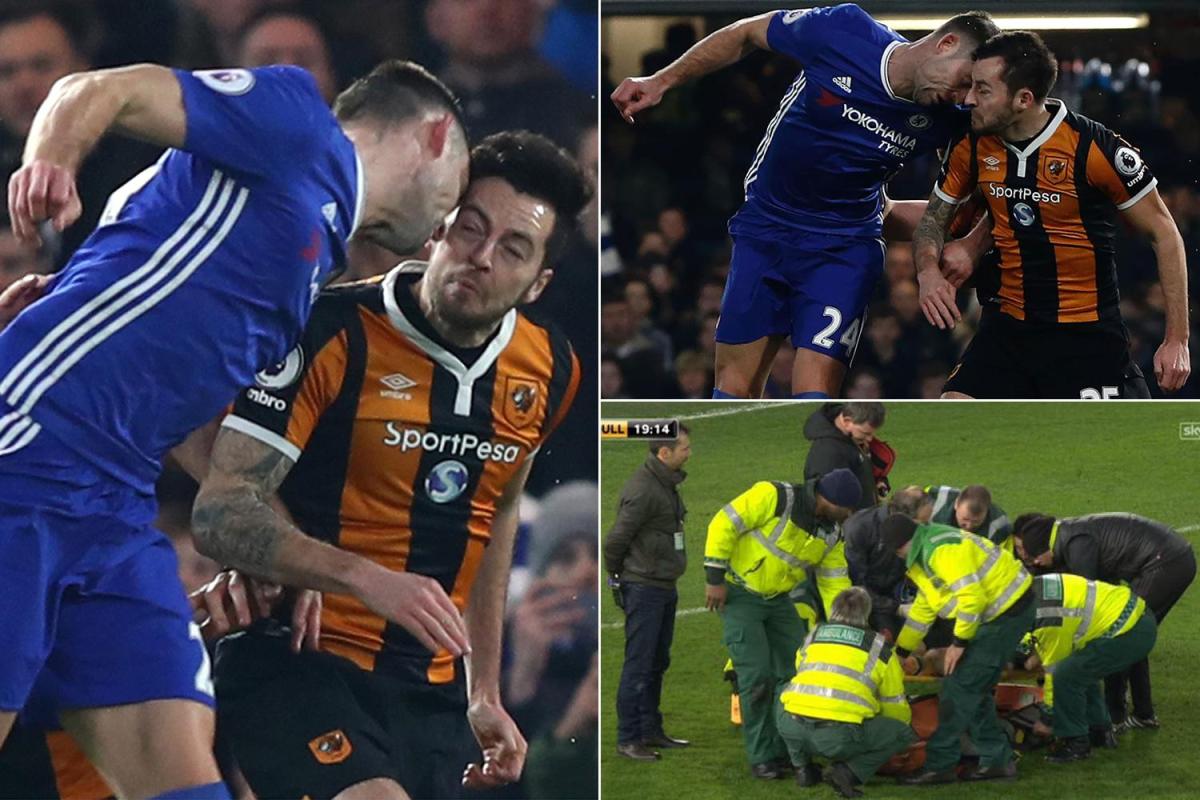 Mason moment of impact with Cahill and subsequent evacuation. Photo: The Sun

It was the minute 13 game when both players vied air ball. Cahill,Chelsea player hit his head against Mason who finished lying on the floor. Player 25 years, It had to be evacuated on a stretcher urgency and the field needs oxygen. Mason was evacuated to a hospital in London where apparently the situation is more serious than it seems.

As reported in his Twitter account the average Mirror Football (@MirrorFootball), the player would be fighting for his life after suffering a skull fracture and bleeding in his brain. Hopefully the news remains in just a scare. 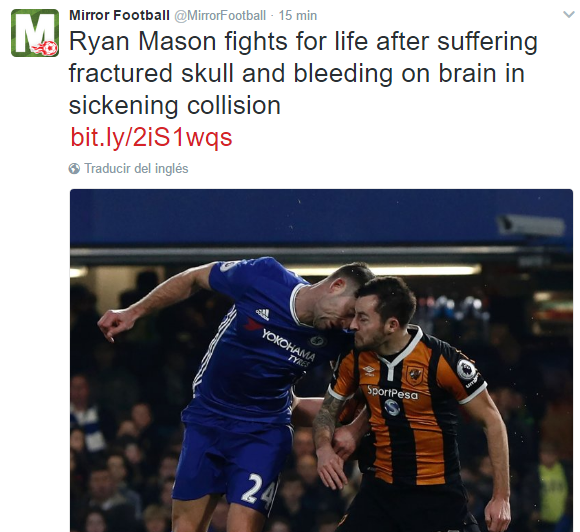 The Uruguayan Diogo signed for Huesca
Ronaldo is back in form
the alleged reasons for the dismissal of Orellana are revealed in the Celta de Vigo
They paid for it 72,5 million euros and made his debut with his name painted marker
It publishes an audio Emiliano Sala from the plane he was traveling
Luis Cubilla dies, a Uruguayan football legend
After the break league, comes a day with very interesting matches
Didier Drogba will play for Galatasaray
Van Persie signed for Manchester United
Several second division teams interested in Ruben Castro