Santi Cazorla wins in his first month at Arsenal 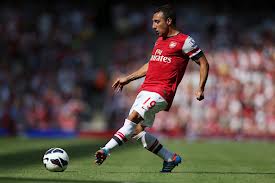 Robbie Rogers, US-abandons international football after confessing his homosexuality
The Tecatito Corona signed for Twente in exchange for five million euros
Technology at the service of the football coach
Celta is saved, Zaragoza, Mallorca and Deportivo down to Second; the Royal Society will play the Champi ...
Atletico Madrid, League champion fair 2013/14
Llorente, a step Juventus
Welcomes takes a year without playing at PSG in your account Instagram
Aaron Ramsey's curse, a macabre coincidence
The game was stopped in the Fiorentina-Benevento to honor Astori
Five stories and anecdotes that leaves us the European Day