Stoichkov was suspended six months for a pisotón 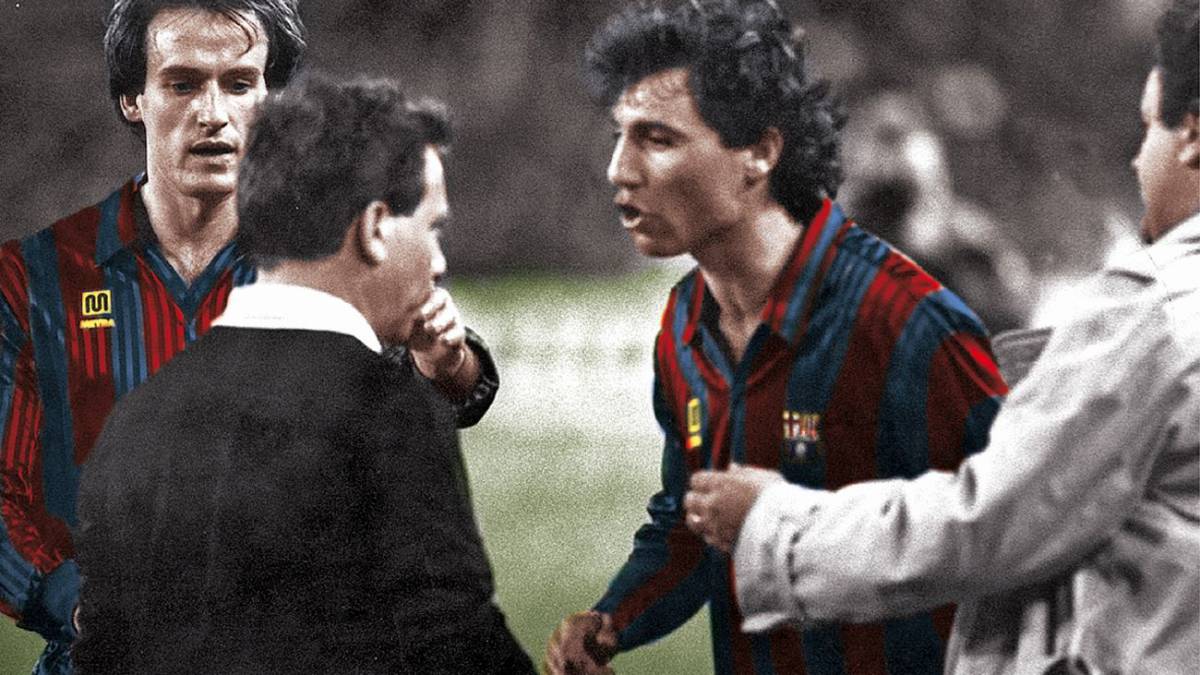 Stoichkov and Urizar that 5 from December to 1990. PHOTO: AS

Than bulgarian Hristo Stoichkov He was a player with a lot of character, nobody is missing. Guerilla like nobody, It was so explosive a player on the pitch as off it, so seasoned with ball as without it. Was rare not to see any action protest against blast was right or not. He was able to protest with such vehemence that he once got out of hand.

As far-fetched that action in the early 90. The first leg of the Spain Supercup 1990-91 disputed at the Camp Nou between Barcelona and Real Madrid brought us the second toughest sanction in the history of the League. (the first is the zaragocista Cortizo for its aggression athletic Collar). The protagonist was the Bulgarian player from Barcelona Hristo Stoichkov, recent signing of the Catalan club, that in an angry protest against the referee of the match Urízar Azpitarte he lost his papers and ended up stepping on the referee.

The action cost him 6 month ban, although the controversial player managed with the stomp to consolidate his fame within a Barcelona, of which would become a leader on and off the pitch. A symbol and icon of the barcelonismo. The Bulgarian did not play the second leg, that Real Madrid won for 4-1 with Santi Aragón's goal from the center of the field nor the rest for a long period of time. It was the beginning of the fame of Hristo Stoichkov, pure character, Pure talent.

La FA Cup, an example of how to have economic and sporting success with Cup
Final of the Copa del Rey 2013: Atletico already know what it is to beat Real Madrid at the Bernabeu
The five "Great" Zaragoza: a quintet dream
Twenty years of that unforgettable Bulgarian selection
Socrates, one of the best Brazilian Soccer Players in History
Giorgio Chinaglia: one of the leaders Lazio guns
The best football pictures 70's
the Maracanazo, the day Brazil cried
Arenas de Getxo was champion of Spain
Najim's goal made champion of Recopa Zaragoza