A Six Nations imagine in the world of football, the image and likeness of what happens today with rugby? I guess most imaginative if they will and those more realistic cost more, but the truth is that not six, but a Four Nations existed in the fields of English football with the running of the British Home Championship. 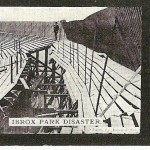 For more than 100 years, the English federations, Welsh, Irish and Scottish played a competition for many enjoyed great popularity, especially within the British Isles.

The origin of this competition goes back to the early 80 in the nineteenth century. Football was beginning to take its first steps and rules changed from one place to another. Ireland, Scotland and England had little nuances in the rules made by jugase where regulations are adopted or other, causing problems in different friendlies British teams had each other.

To avoid this lack of uniformity, the four federations assembled a 6 from December to 1882 with a dual purpose: finish with this disparity and to create an official competition in which to apply the new rules. It was like this, as origin gave the International Asociation Football Board (Ifab) Yet the British Home Championship ( This explains why play football separately rather than as UK unlike other sports except rugby and cricket).

The first would regulate football in its disciplinary aspect. Created in 1886, and composed of the four British associations, Later she would join the newly created FIFA. Currently is responsible for changing the rules of football and that their decisions take effect must have the support of a majority of 3/4, British federation each having one vote and FIFA 4. 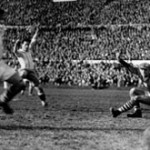 The British Home Championship, meanwhile, He was born as the first official tournament selections. It was composed of said four British selections and initially had a league system all against all where the teams fought three meetings between November and February each year. Each set points and added two event of a tie at the end liguilla, He had double winner.

But nevertheless, with the passage of time and the creation of new international competitions, This system was changed slightly. A) Yes, He served in the British Home 1950 Y 1954 of qualifying for the world's first they played the British selections (they did not contest the above considering that the real world was theirs), or even qualifying for Euro 68.

From late 70 and early 80, the competition was losing ground. The boom of World and European Championships, and the little resistance that was starting to England began to wane competition. To make matters worse incidents that used huge star in the “hooligans” , they closed the competition 1983. 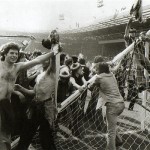 However, stay to remember, the famous Wembley pitch invasions by Scottish supporters after winning England 1967 (that came from being champion of the world), O 10 years later after also winning in the cathedral of football a new British Home. Or as, the unfortunate tragedy of Ibrox Park, that ended in 1902 with life 26 people and more than 500 wounded.

Nowadays, It is considering the possibility to retake this beautiful competition. A good idea to remake the fiascos which resulted in the Rous Cup (He is playing England, Scotland and a guest in South America) and the Cup 4 Partnerships bringing together all the British teams, less English.

One thought on “The “British Home Championship”, Four Nations Football”