Wilfred Agbonavbare was Rayo Vallecano goalkeeper for much of the decade of the 90's. A classic soccer childhood of many thirtysomething today was one of those players who stood out more for their delivery for their talent, but nevertheless it was not bad goalkeeper. A humble player fighter and both of which abounded profile in football of yesteryear.

He came to the Lightning in 1990 and he held for six seasons defending arc Vallecas. He had a simple beginnings in the world of football. He debuted with just 18 years in the selection of Nigeria and the thing did not do anything right. They got five goals and as often in these cases, they hung the poster cantarín. This cost will not be selected again until ten years later.

He went to the USA in World 1994 thanks to his performances on the pitch Vallecas Stadium. With its peculiar appearance, his round face and his peculiar mustache, He won over the fans with their stops, humility and work. Then he marched to Ecija where he finished as a professional.

In 2012 again he steps on the lawn Vallecas to receive a deserved tribute and the last thing was known about him until his illness was that despite being in a World Cup and have played many years in First Division, I was working as a delivery boy for a transport company on the outskirts of Madrid. Wilfred was even out in the program “The boss” Spanish version.

Sadly, At the beginning of the year 2015 it emerged that the Nigerian was seriously ill with cancer that took him forever few days after becoming public. Certainly a sad end for one of those players of yesteryear always remain in the memory of football fans. 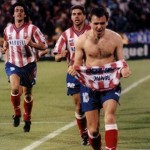 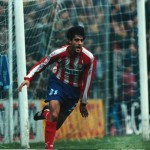 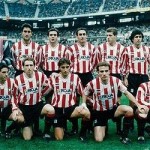 One thought on “Wilfred, the legendary goalkeeper Rayo Vallecano”