Atila Trotter, the player who was best known for chromium 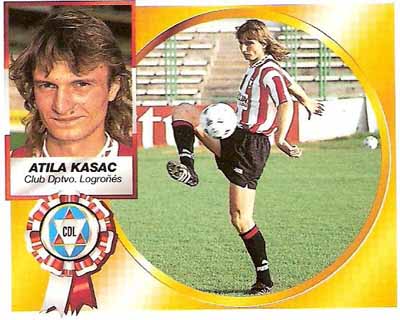 Atila Trotter, It was not clear if there were professional or.

Who is Atila Kasaš?. This question is surely all our readers will be entering this article, all but fans old and currently missing Logroñés. Apart from them, Only a genuine hanging for football elite will meet the phenomenon of which we speak, one of the worst players in the history of the League and possibly professional football since today, the merits or qualities that led to the Spanish League this nefarious player level is unknown.

Atila Trotter or houses, as he called himself, He was a player born in September 1968 in Serbia and at that time had a very distinctive resemblance to Fernando Tejero, best known for her role as Emilio in the popular television series ; “There is no one living here“.

Such was the talent of Kasac and players of that era Logroñés, the equipment descended to Second riojano the dishonorable record for fewest points in the history of first. Only won two matches and victories in that tournament were still two points instead of the current three. With three points that dishonorable record is owned by Sporting Gijon 1997-98.

He did not play anything. So much so, the only images that can be found of him are cromos edition of that season where besides being a tatty chromium as these other sand you can see the resemblance more than reasonable between friend and Fernando Tejero Atila. Sure some riojano friend if we still remember it, although we doubt that for good. 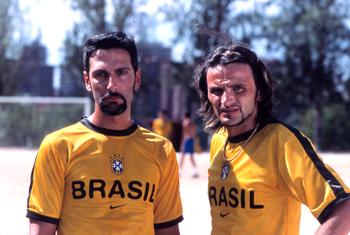