Asier Illarramendi will be the fourth signing of Real Madrid for the season 2013-14 (Casemiro, Carvajal, Isco and Illarramendi now). Donostiarra Under-21 international will reinforce in this way the center of the field thanks to merengue payment 30 million euros by the white club.

Closed a fringe operation is to be resolved on the payment method, because Real, as he has been told by the Football Colgados, I wanted to deposit the money in a single run while Madrid offered three, late yesterday afternoon agreed to pay two and it seems like the transfer of midfielder will conclude with further Spanish football. The termination clause was Illarramendi 30 millions of euros, but payment will not be made by check the LFP player, It will be considered a handover agreement between the two clubs.

The negotiations have personally led the two presidents. Florentino Perez and Jokin Aperribay talks have remained constant during all these days. It's more, mid-week, Barcelona called to inquire about the player and try to sign him, but the Real him that were already negotiating with Madrid and arriving late bid for the player. 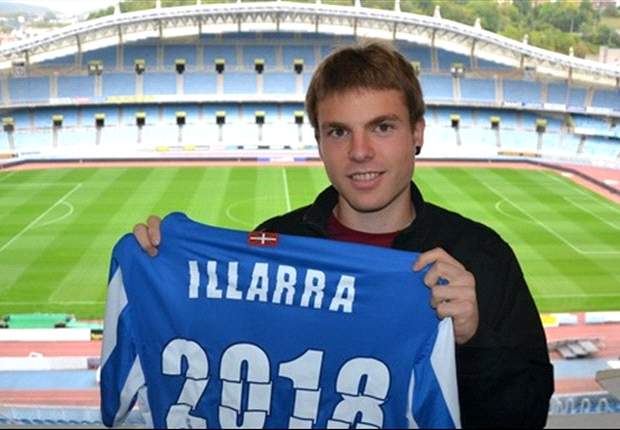 While the player is still in Menorca holiday (will return on Sunday at San Sebastian); Bay, the agency that represents him, He has been closing what will be his contract with Real Madrid. He signed for five seasons, as it has done Isco. And quadrupling his salary. Now charges about 600.000 euros per season at Real (renewed up 2018 and greatly improved his contract in October 2012) and will receive 2,4 million euros each campaign. Footballer claims were close to three million. In the end, good understanding between the two sides have left it in 2,4.

Presentation. The player will be presented this week. The idea is to be between Wednesday or Thursday, but could preempt. At the end the two clubs have met the desire of the player and not have much lengthened the process. Illarra asked that everything was resolved before next Thursday 11 of July, which it is when he would have to incorporate training. Once you okayed the operation, he did not want to to go. Your request has been fulfilled to the letter. In the template there was a pact between partners not to leave any partner and keep the group that qualified for the Champions. But Illarramendi understand that this train only happens once in life and it is time to catch him.

Pick up lines. Who is these days in Zubieta recovering from his operation pubis to get well to the preseason is Xabi Alonso. He spoke with AS yesterday morning when the two clubs were being negotiated by the midfielder and blessed the arrival of which have already named her heir. Short and concise: “He's a good player who could use a blast at Madrid, but I'd rather not say anything more”. Surely, Xabi Alonso will be one of his cicerones and help you acclimate to your arrival at Real Madrid.