The classic caned: a derby in the making

Rarely in life a rivalry between two teams begins as soon as happened with the classic of Peruvian soccer between Universitario and Alianza Lima. These two teams faced in the first division for the first time in its history on Sunday 23 September 1928. Alliance club was the quintessential city. The big one, which he had been in the first division since it was started. Instead, University Sports Federation ( which then changed to University) It was a set that had only experience friendly and college games.

But nevertheless, Peruvian Federation in a gesture to the University of Lima, dean of America, He decided to invite the team to compete in the Championship and Competition Selection, equivalent to the First National Division. An invitation that would change the fate of Peruvian soccer. 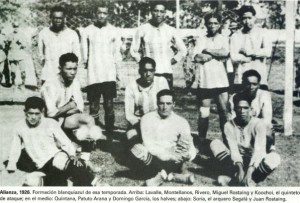 During the season was beginning to generate a rivalry that remained in the sporty look. alliance, winner 1918, 1919 Y 1927, He was leading with two points more than University Federation. But nevertheless, Both teams had to face at the National Stadium in a game that appeared vital to the outcome of the championship. 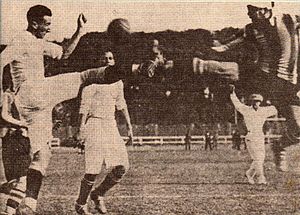 The match, with a packed stadium, not disappoint anyone. And start the only goal occurred at the minute 7, Pacheco somewhat that would give victory to the future “The”. the goal, far from reassuring teams he lit the fuse of a grotesque spectacle. Players from both teams engaged in a constant succession of abrupt actions that gradually degenerated into a brawl over. kicks, punching, grabs and a host of socio game staged the next few minutes.

So much so that the party had to be suspended by the Uruguayan referee Julio Borelli met nine minutes before the game, since Alliance had remained with six players after the expulsions of Miguel Rostaing, Juan Rostaing, Quintana July, Alejandro Villanueva, Alberto Soria, who they had protested so harassing the referee a controversial play.

much stress, How could it be otherwise, he moved to the old wooden bleachers National Stadium, where the player aliancista Filomeno García was rebuked for his rough play from the stands by a group of university student supporters mostly young team, in high society Lima, and the party were wearing suit, escarpines, gloves, hat and cane ( hence the christening “classic caned”. These fiends of “white glove caused Garcia's reaction stirred the public asking for explanations and giving way to the battle.

When the Alliance was in defense of his partner, throwing kicks against the fans so well dressed, rival fans ran them caning. Imprudence and recklessness of the Alliance players made to counter public protest, It is from climbing into the stands. The audience repelled punches and scandal took on greater intensity. The discussion grew so much that the public swirled causing police intervention. Anecdotally between aliancistas players the only one who was saved from press criticism is Montellanos, who they considered chivalrous and dapper. 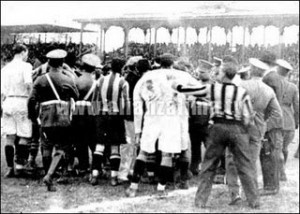 Faced with such a spectacle, The referee decreed the end. giving way to the university will celebrate in the streets of Lima's triumph 1-0 which ultimately would allow them to win fight for a title that would eventually losing in two replays. Football Federation sanctioned Alliance players by scandal, Miguel Rostaing and suspending Julio Quintana, sanctions that were never fulfilled.

The most rare and strange stadiums in the world

Coaches who returned to Real Madrid

The players with the most curious names

Barça's golden age seems to have come to an end

When the players were normal types, as your neighbor

Footballers with a shocking personal story behind their success

Pepe denounced for punching in the jaw