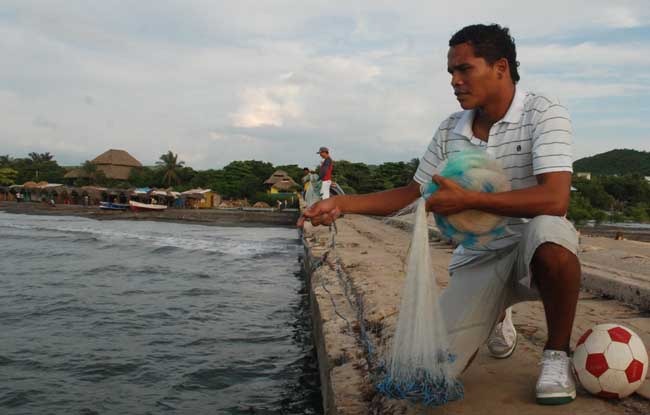 With 22 Bacca years sold fish and worked in a bus.

The football world hides logically, also many personal stories. Some tremendous, other sad and others simply amazing. Because, in this article, in Colgados we want to tell the five players. Five players in history certainly.

Polish is one of the best players in your country. Many will remember your way through the Borussia Dortmund but what many may not know is the terrible personal story behind it. As we told you earlier in Colgados, when he was 11 years, he witnessed his brother just an argument between her father and her mother, a confrontation that would end in tragedy. His father, Zygmunt, in a fit of anger or insanity, He struck a series of stabbings that ended the player's mother, all before him and his brother. 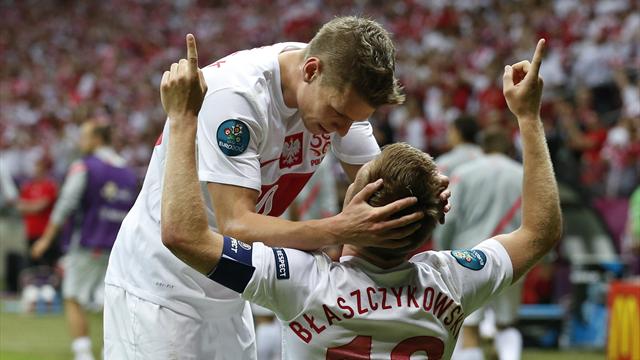 The Polish Blaszczykowsky lived a terrible experience when he was a child.

Carlos Bacca, he worked with 22 years as a fisherman and collector of a bus in Barranquilla, Colombia. From humble family, She had to lend a hand to hers and he could eat. Meanwhile, He combined his moonlighting with football, and his passion for what he really was born although possibly still did not know. A) Yes, in 2009 He had the opportunity to debut in a professional match with the Junior de Barranquilla club that played in their lower grades. From there the story is known.

In 2008, I was a young man just 19-20 years made his living with brick, a job he combined with his passion, playing football on a team of Pole Town Romantic those elbows English football, muddy grass fields with retro flavor, other times football. Despite being very close to quitting football because of how hard you combine both activities, Britain went ahead and within a year moved from ninth to third tier of English football after signing for Swindon. From there his career was meteoric.

Charlie Austin was a bricklayer in the 2008.

The Leicester City striker miraculous 2015/16 I do not have it easy. In the beginning he combined amateur football in divisions with a job in a factory. further, he got into a fight and ended up sentenced to wear an electronic bracelet for a while and be home every day at 18:30. Nevertheless, finally he ended up coming and succeeding in this football.

He became famous for their hairstyles in the late 90 and the controversy saying he had 12 years of officially reflected his card. But he had an even tougher story. In his native Nigeria, particularly in Lagos, one of the most dangerous cities on the planet, when he was 9 years was part of a gang that left after witnessing the murder of his friend. Football him out of there and managed to race in Europe. 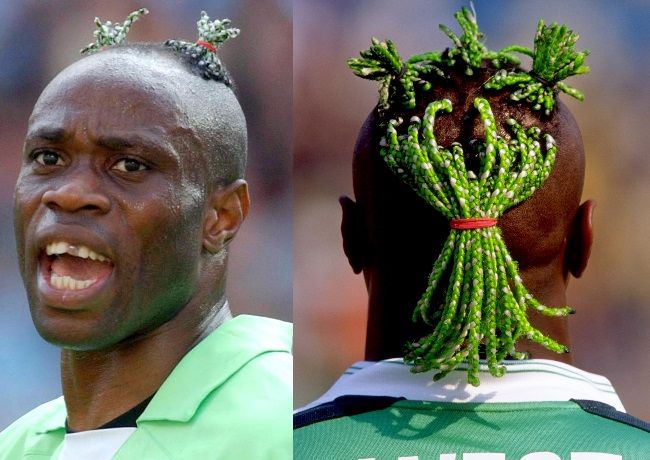 Hairstyles Taribo West did not go unnoticed in the late 90.

La Liga 2017-2018, the most boring
Ayestarán leaves Valencia as the worst numbers coach in club history
The Spanish, far superior to the Germans in the air balls
The history of foreign players in Mexican soccer
Where to watch the football?
The best pictures of Maradona's career
The brutal numbers André Pierre Gignac in Mexican soccer
Why St Pauli is the most special club in Europe?
Five years after the loss of Manolo Preciado
Cases in which minors can sign