The top ten players in the history of Atletico Madrid 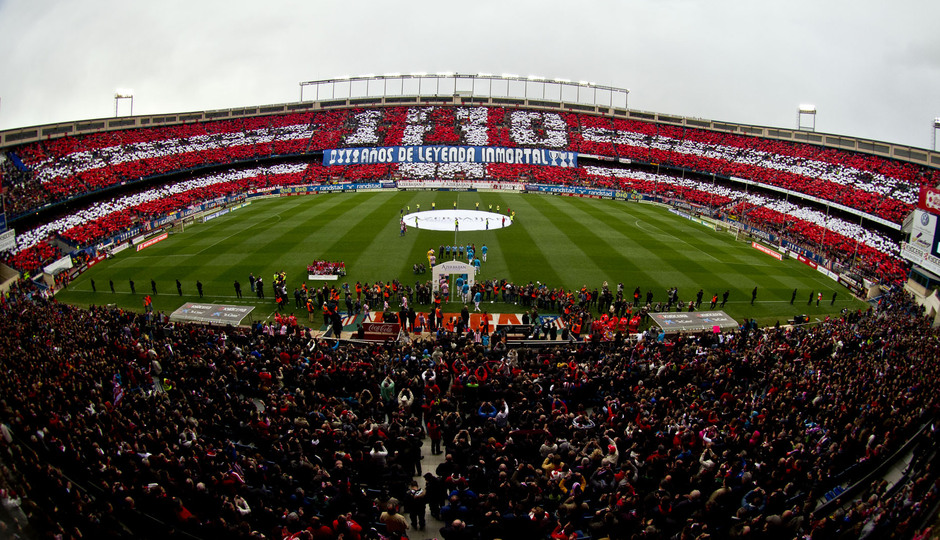 Luis Aragones's death opened an interesting debate on one of the icons of Atletico Madrid, specifically, that of what has been the best player in the history of the club in their colchonero 110 years of existence. El Sabio de Hortaleza holds the title of top scorer in the club, but there are other figures that might well dispute the honorary title of best player ever athletic:

1- Luis Aragones. 173 goals make him the club's top scorer. 3 suspenders, 2 Cups and masterful missing that Bayern are part of the curriculum Zapatones, a midfielder of great quality that increased his legend on the bench giving the colchoneros three Cups and one Intercontinental. A legend, a myth. 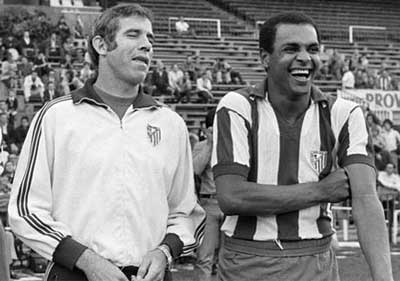 Luis Aragones with Luiz Pereira and many many years ago.

2- José Eulogio Gárate. This Facu was three times top scorer in the league in years 70. A basic part of the team that played the final of the European Cup and a year earlier had emerged champions. An engineer the area with great cunning to score goals from any position. A genius.

3- Paulo Futre. On a computer Atletico history and there is much good to choose. But, Who does not remember Paolo Futre? The swift and skillful Portuguese with tremendous voracity for door. A genius who won two Cups and who contributed their bit to make a big Atlético.

4- Kiko. His mere presence was able to shine a football match thick. Cadiz always left something to remember, a detail, one touch. It was not a 9 Pure hence their number of goals was not extraordinary, but its elegance and class left an indelible imprint. And more, when he helped get the double mythical. 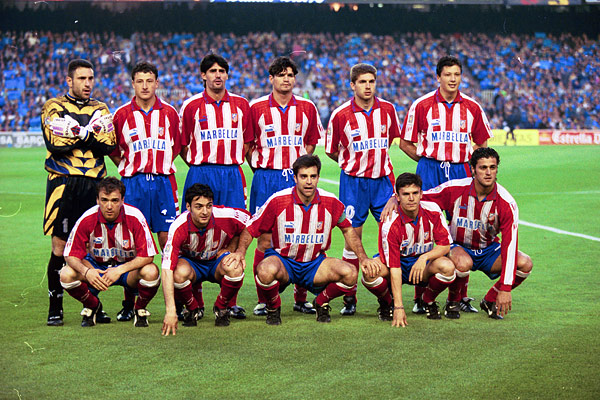 Atletico doublet were part Pantic, Kiko, Molina or Vizcaino among others.

5- José Ufarte. Another old rocker seventies it was nothing more and nothing less than ten years at Atletico Madrid. More of 200 sometimes she dressed athletic shirt and starred in the most glorious time of club. His name is synonymous with success and partly because his undisputed technical quality helped him.

6- Milinko Pantic: He came as an unknown hand Radomir Antic and was just three years. But what three. A dead-ball specialist, with excellent judgment to play and easy arrival to the area. His goal in the Cup final, the four goals in the Camp Nou, the goal to Borussia Dortmund. There were many memories that left the Serbian.

7- Escudero. The passage of time may have blurred his figure and scope. But we are facing one of the first rojiblancas legends of history. Top scorer in the league Atletico in its history, was three times top scorer because he had a murderer instinct in front of goal. It must have been summoned to the World 1950 but …”Basra and I were concentrated 15 days in El Escorial for the World Cup in Brazil and said time: Escudero and Basra remain in Madrid. Why? Because he had gotten a manager for the trip and there were no seats on the plane ".

8- José Luis Caminero. pure imagination and talent to the team. A second-line player with a great sense of goal made him fearful when I was inspired and safe from injury, his great Achilles heel. When it was 100%, Caminero was capable of anything, almost always positive.

9- Fernando Torres. It started in Second as a child and ended up being one of the best strikers in Europe. Speed, clear, and some plays goal for the retina as its goal Betis part of this despite its historical age front. Then came Agüero, Forlan and many others, but he had already opened the way. 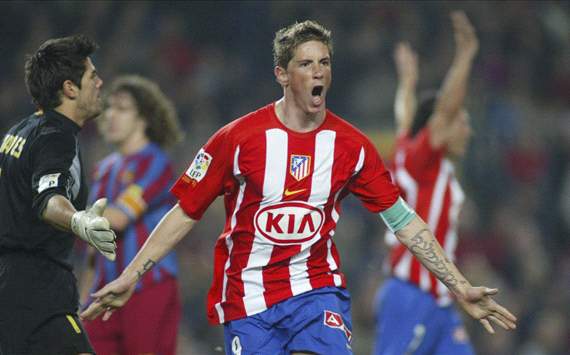 Torres spent seven years at Atletico before going to Liverpool.

10- Abel Resino. It is difficult to include a porter in a list of the ten best goalkeepers. But is this Zamora 1991 marked a before and after in his nine seasons as athletic. The blame, 1275 without conceding a goal that earned a runner and respect of many of his detractors. The Spanish selection was the unique lunar since only played two international matches, but it was a time where the Red did not play Euro 1992 and where Zubizarreta and Buyo were untouchable.

Other players worthy of mention.

The most ridiculous goal of the year
Paterna, factory side to left-handers
Five players five leagues that you should know
El Sassuolo, a Cinderella in Serie A
Biggest wins the League
The biggest fiascos in expensive signings League
Worst hobbies Colombia
Vente to Germany Pepe: working well, no goals
The ten best goalkeepers in the world ever
Five players to watch at the World Cup in Russia 2018