Mallorca 1 Levante 1. The waters were very rough on the lawn of the Iberostar de Mallorca after what happened this week The granotas put in the trigger this week on an issue that has caused rivers of ink to flow after Barkero's accusations against his four companions. Proven or not proven, it seems that marked players have already been condemned.

Mallorca for its part, the match came, risking life. The reality is that the performance of the Valencian team has dropped alarmingly. The first minutes of the game were going to show that the trend was going to continue and that is that in the first stages of the game Levante was going to be overwhelmed 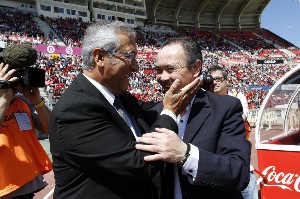 In the minute 8, Hemed was going to put the 1-0 for Majorca, exacerbating the Barça crisis even more, The ball bounced around the frog area, the party was a monologue, Mallorca bit and Levante, remained impassive something that did not do much good to the already shattered image of Levante players.

To make matters worse, Barkero , the man who had lit the fire was going to injure himself and was going to have to leave the field of play in the minute 27. More wood if possible. The game continued to pass and Levante was not even seen and what is worse, they were not expected.

But miracles exist sometimes and Levante, almost without doing anything and the first time that Acquafresca received a good ball it was going to end in a goal. There was still going to be time for a possible penalty that ended up being offside for Mallorca and a small tangana. At the end of the first part, the match would end in a draw.

The script of the second part did not seem to change. Mallorca colista and pressured by the need, I needed to win the game so as not to be left off the hook at a point in the season where 3 points can be a world. The vermilion were going to take control of the ball during the first minutes of the second half, although without the freshness or strength shown in the first half.

In the minute 19 of the second half, the referee was going to annul a clear chance due to Pedro Ríos being offside, at least difficult to interpret. A minute later Juanfran and Arizmendi were going to collide head on, The blow was going to cause Arizmendi, who had been in the field for just a few minutes, to have to be replaced. Both players were going to end up very injured after the hit and the game was going to be stopped for several minutes. In the end, the Levante winger would also have to leave the pitch after the blow.

The Mallorca to which the tie was not worth it, it was going to overturn on the Puerta del Levante, turning the game into a real siege for the team of 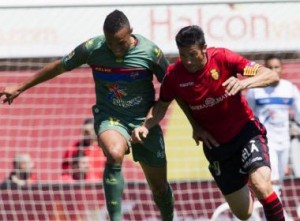 JIM.Mallorca was desperately thrown into Keylor Navas' goal with multiple shots. Giovanni Dos Santos was going to be about to make the second for Mallorca but Navas was going to stop in semi-failure.

With a clear move in favor of Levante that the referee was going to annul due to a non-existent offside and with the entire Mallorca team focused on the Levante area, the game was going to end. Mallorca remains as colista, three points from salvation and Levante virtually seals his permanence and what is more important, get your pride back.