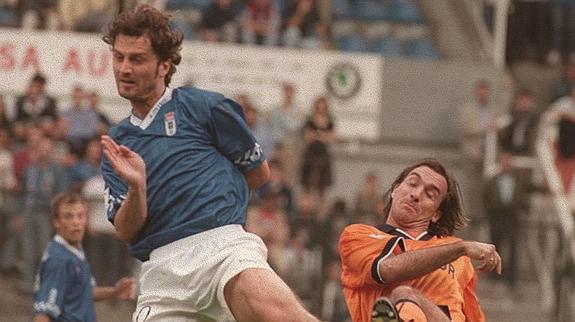 Definitely, in the memory of many fans of a historic club like Real Oviedo is the figure of one of the best players that has given the Slovakian football. We talk about Peter Dubovsky.

born 7 May in the city of Bratislava, Dubovsky began his career as a professional footballer in the Slovan Bratislava, Local team that city. There he garnered his first major footballing success: the league championship this season 1991-1992. Sobrado his talent and quality with the ball made the inexperience and youth were never a problem for him. With only 19 years was summoned for the first time with the national team of Czechoslovakia, and two years later he would be named best player of the year in his country.

Their findings and football did not go unnoticed around the old continent. Many of the big European teams wanted to dress him in their colors, but finally it was Real Madrid who managed to convince. Dubovsky passing by the white team was rather discreet, but he managed to be part of the conquest league 1995. In that same year, and more specifically in that summer, the player left the capital of Spain to put towards Asturias and donning the shirt of Real Oviedo. 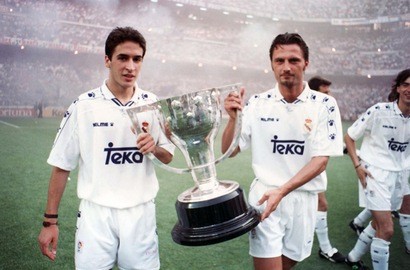 Dubosky the League Cup 1995 with a young Raul.

It was in the set-Oviedo where Peter Dubovský reached footballing maturity, from being a young talent to become a reality. In the Asturian set he played nothing more and nothing less than 120 matches in a total of five seasons. further, he managed to throw back the number 10, with all the weight and responsibility that comes with carrying this dorsal. He became the banner and handle equipment, day after day doing the delight of thousands of fans every weekend to Carlos Tartiere peeped.

Regrettably, Dubovsky sports career ended in the worst way. A 23 June year 2000, It was the victim of a tragic accident while he was visiting the falls of the Thai island of Kosamui. Injuries eventually take his life with only 28 years. The football world mourned his death, but today your image, his passes and his goals are still very much alive. 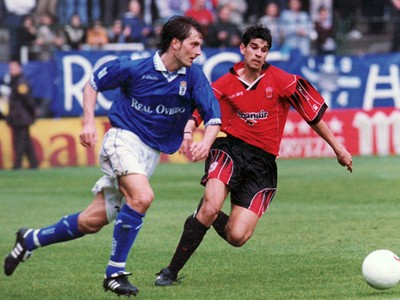 Hugo Gatti: charisma, genius and "madness"
Rapid Vienna Bundesliga took 1941
Toni Jimenez gave a goal to parakeets
Pantic, one of the best players in the history of Atletico Madrid
The Carasucias of Lima
Bela Guttmann's curse still resonates in Lisbon
Five things that happened in the world of football 1998
That famous class "92": the great Manchester United
The story taconazo for Guti
The best stories of the World Cup in Mexico 1970