What regional selection is the best in Spain?

Christmas is the time for a break in official meetings in Spain. But nevertheless, such a cessation of activity does not mean that football stops completely. Quite the contrary. It is the regional teams that take over to take advantage of these endearing dates to play their friendlies.

Although it is true that there are fewer and fewer autonomies that come together at Christmas to celebrate these regional football festivities, the meetings become a party for the fans, that they can see their countrymen defending the colors of their birthplace. Thus, in Colgados por el Fútbol what we are considering today is which regional team is better. For this we give five alternatives:

1- Catalonia. The base of Barcelona with a luxury midfield commanded by Xavi, Busquets or Cesc. A real great team that could choose not only to compete in a World Cup, but even to win it. Your only handicap, the attack, although Sergio García partly makes up for the lack of more renowned strikers.

2- Basque Country. A great well balanced set. El centro del campo is commanded by Xabi Alonso and Illarramendi, besides Susaeta or Beñat. The upper part has a goal with Aduriz and Agirretxe. defense is solid. The Basque country, definitely, It has little to envy to Catalonia or to any World Cup country.

3- Valencian Community. another great team, competitive, that he would have no problem competing in the Spanish First Division. With band players like Juanfran Torres, Juan Bernat and the Liverpool side, Jose Enrique, the team would have depth. Soldier would put the goals along with Jorge Molina, but a rocky ex Levante midfielder with Iborra and Xavi Torres, and a second line with Gavilán, Pablo Hernandez, Michel and Reuben, the international sub 21 Levante, ensures headaches for any defense. 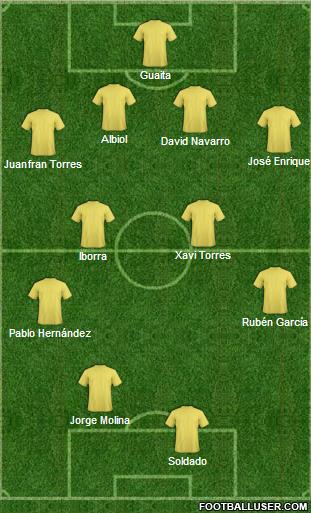 4- Andalusia. Another powerful team where, although Reina was not born in Madrid, she would play as a nationalized Cordovan. Nolito, Sergio Ramos, Isco or Navas ensure speed, good handling of the ball and above all, quality, something that would make him feared in any corner of the planet. 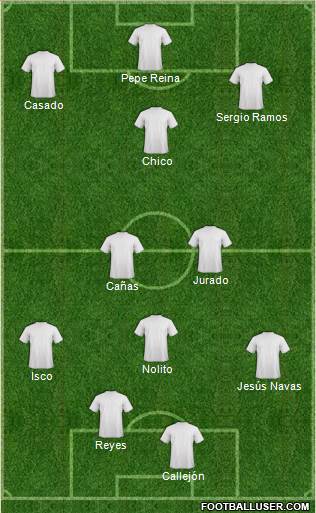 5- Madrid. Madrid weak in defense, but outside of that his middle and attacking part is luxury. Negredo and Torres are two world-class strikers. Koke and Suárez are basic props at Atlético and Borja Valero, the personified creativity that comes from Florence. Correoso team created to play the ball. 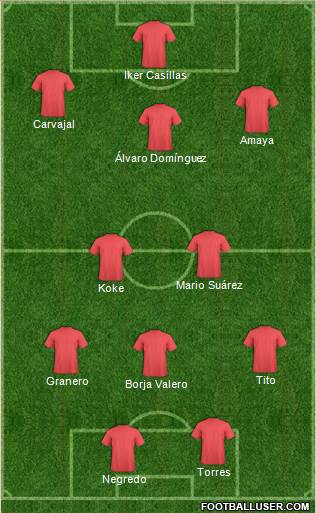 One thought on “What regional selection is the best in Spain?”