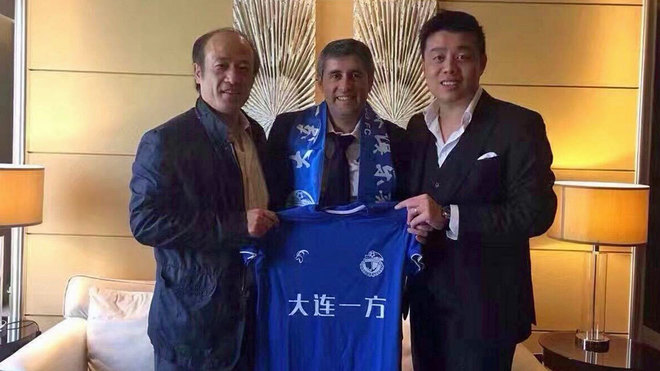 Football takes many turns and one day you're on top and a decade later your career develops other completely different paths. This could be the case of former Real Madrid coach, Levante, Celtic, Mallorca and Spanish U 21 among others, Juan Ramon Lopez Caro who returns to the second step of Chinese football where he was already in 2016 Y 2017.

Lopez Caro was elected in 2017 as the best coach of the Chinese silver category after winning the rise of Dalian Yifang. Nevertheless, the club did not endorse confidence in him and hired another classic of the Spanish bench Bernd Schuster as German, who took over the Chinese team in the top flight.

Shenzhen FC now gives the command Andalusian apart from his long career in Spanish football has also led teams like Oman and Saudi Arabia. López Caro españoliza more so Chinese football is that if China's first division we can find Luis García Plaza or Jonathan Viera among others, in the second, Spanish coaches are up to five.

Luis Suarez, Pichichi of the League
"Play the attack is a fad"
The "beast" Hulk signed for Zenit
Depor 4-Barcelona 5, Messi hat trick on a football festival
Athletic, Levante and Athletic prepare for their European commitments
Russia 2018: The press accused them of fat and clarifies the situation in seconds
Faustino Asprilla condoms
The decline of another young talent whose career goes downhill
Ronaldinho announces her wedding ... With two women!
Several players arrested for alleged League amaños