Worker fired Arsenal, a story of those football that look like film 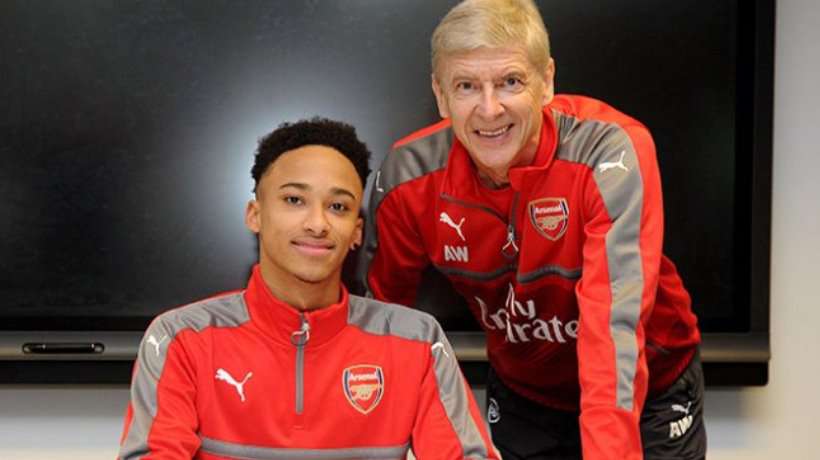 Imagine: do you have 20 years and just being fired from work where you work as an operator of an assembly line, juegas en la séptima división del fútbol inglés y de la noche a la mañana, you just posing with Arsene Wenger in your presentation as Arsenal player. The story told well, film seems however is real. Tell that to Cohem Bramall until the 20 from December to 2016, It was one of many English workers and receiving the bad news being fired.

Never a dismissal letter was so sweet and just 3 weeks after, the kid was going to fulfill the dream of many people, become professional and in a team like Arsenal. Coincidences of life, one of the Arsenal scouts watched him play in a game of U-23 where it was tested. This twist of fate, She led him to glory. Mayor was when in his first training session, Bramall way to work with players of the second team of Arsenal and found that she was going to train with older was.

"I worked for Bentley Motors in Crewe. I did on the production line, loading the cars with gas, brake fluid, wipers and stuff. Everyday, from Monday to Friday, of the 6:30 morning to 5:15 pm. I enjoyed it, but when you do the day's work and then you train on Tuesdays and Thursdays, vas de Crewe a Brimingham, and you play on Saturdays, It is exhausting. I was fired before Christmas. I needed a full salary, I not am paying me half the Hednesford, so I started thinking about finding a new job ", the player told in an interview to the BBC. Arsenal took the player for 50.000 pounds in a nice football history.

Casillas and Valdes, Who is the best goalkeeper?
Teams qualified for the World Cup in Brazil 2014
The worst thrashings received by the selection of Mexico
The top scorers in the history of Real Madrid and Barcelona
Uruguayan footballers, the Spartans of modern football
The 11 of the best summer signings
Five of the best finishers head of history
Ballotelli, eccentric and equally great
Players who had problems with the law
The best strikers in the history of Real Madrid