In Colgados we tell you where to see the League. These are the times and channels where you can watch the day 10 La Liga 2015/16 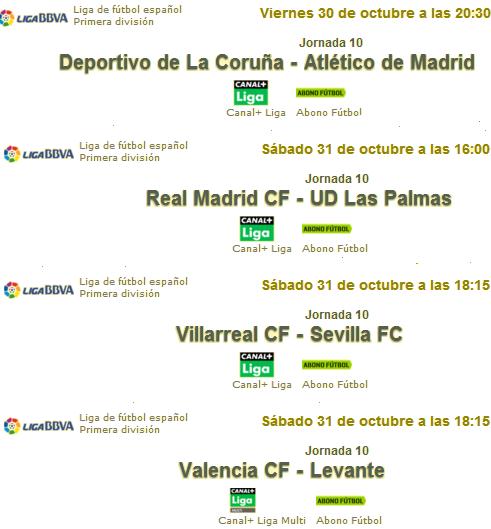 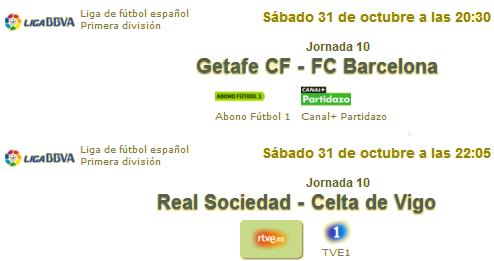 the day 10 will start on Friday 30 November with an interesting Deportivo Coruna-Atletico Madrid at Riazor. Galician, They have made a very competitive squad this year not to pass the troubles of previous years and have done a phenomenal start of the season. Atletico meanwhile without making much noise has been established in the top of the table and is heavily involved in the fight for the top of the table.

Saturday 31 It comes with very interesting matches. Real Madrid wants to strengthen its leadership to Las Palmas found at the bottom of the table but promises to make war, an interesting Sevilla and Villarreal-city derby between Valencia Valencia CF and Levante UD. Two teams arriving touched and wounded.

Mestalla in a very hostile environment is expected to coach Nuno, who lost credit long ago, more with the bad season is performing and granotas, they have changed coach this week. Alcaraz left and Rubi arrived. Saturday's matchday will end with Barcelona-Getafe and Real Sociedad-Celta de Vigo. 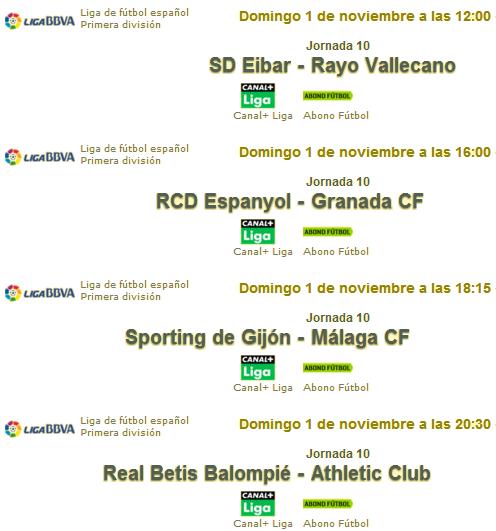 On Sunday 1 of November, all Saints Day, we bring in the menu a Eibar-Rayo Vallecano. A match between two modest teams developing good football. The Granada visit to Espanyol, Sporting Gijon receive the Malaga and Betis Athletic in the party that closed this day.

Matches between very evenly matched opponents in points in the table which makes Sunday the day is quite interesting in a league that in its early days, It has been presented as one of the most balanced in recent years, something which otherwise would be normal if it is to be the best in the world.