Zidane: “Corridor will not Barca in the Nou Camp, its my desicion” 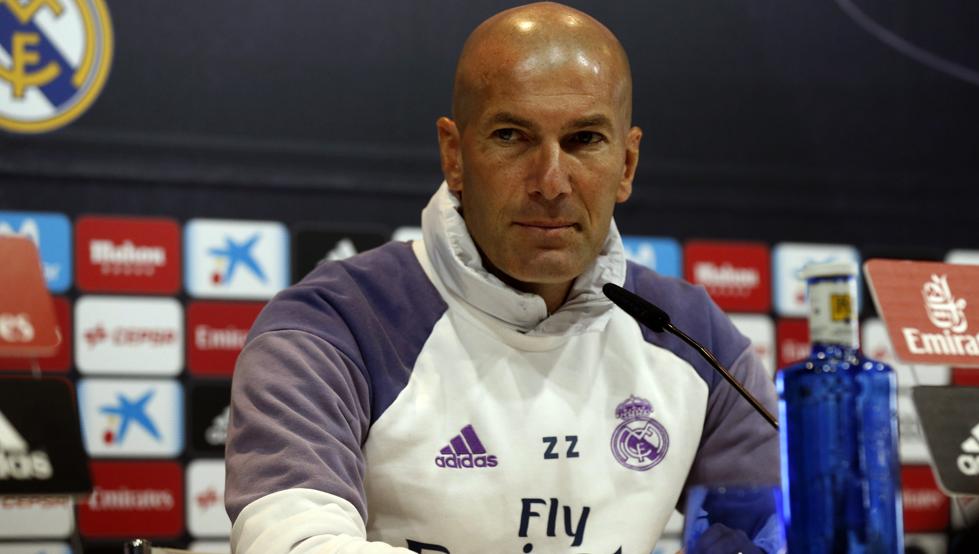 Real Madrid coach has surprised everyone present at the press conference after the derby against Atletico Madrid to be held tomorrow at the Santiago Bernabeu Stadium.

The Frenchman has been clear about the possible corridor that his team should make Barca if the Catalans proclaim themselves champions: “Within not know how I was going to ask. The response is very clear. It's my decision. I don't understand about the hallway and then it won't be done, but we are far from the end of the season. Barca broke tradition”.

FC Barcelona now takes a good cushion of points over second, Atletico Madrid, which leads in 9 points, so when they take on Real Madrid (working day 36) It may have been champion. We must wait while Zizou has already left clear decision.

Five years after the first star of Spain
Barcelona tab "Tata" Martino, I Know
Monaco declares war on the French League
The hard vida de Cesare Prandelli
Joao Maleck, Mexico's bloody Franco-Cameroonian who wants to play with the 'Tri'
Iceland, not so "Cinderella" Russia in the World 2018
The ultras of Le Havre invade the pitch to berate his players
PSG against the most important game in its history
Michel dismissed, Emery new coach of Sevilla
A video of the trio of two players from Eibar with a girl the internet LIA