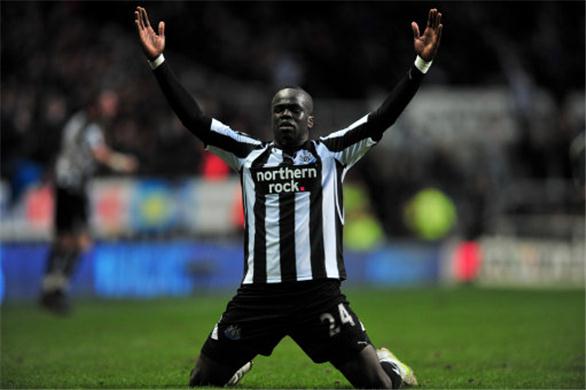 Unfortunately it happened again in the world of football. Cheick Tioté, ivorian player who played for seven seasons in Newcastle coinciding in its last stage with Benitez, Beijing has died after collapsing during a training session with his team, el Beijing Enterprises. The player was taken to hospital, where he was pronounced dead. International with the selection of Ivory Coast 52 occasions and champion of the African Nations Cup in 2015, It was a midfielder who emphasized especially in its passage through the Premier League.

Tioté rang for Sporting Gijon in the past but ultimately transfer market did not materialize hiring and ended up playing in Chinese football. Player a way to be unique, she High to fame a few years ago by several controversies, one with his two wives and his girlfriend with whom he had a son with each. A story that came to the fore in several British media. Unfortunately today Tioté joins that list players who gave their lives on a pitch.

Paris Saint Germain won the derby Marseille in France to debut Beckham
See the day where Liga 10 it's from the season 2015/16
Justin Kluivert follow his father's footsteps and signed for a big Serie A
Estremadura, green hope for football
Merry Christmas
The Prosecutor's Office files a complaint against Messi and his father for allegedly defrauding four million ...
Axel Torres and Julio Maldonado: Football wise endangered
Radamel Falcao: "The VAR can kill football, Today twice helped PSG"
It filtered which could be the shirt Centennial Valencia CF
Argentina, possibly the selection with the strongest attack