Messi as Beethoven's Fifth Symphony consists of four movements that make it perfect…first receives the ball,second:analyzes perspective angles,three:running the layout plan delivering either the spherical or the fourth-to-:define singular,almost always simplifying mass attacks with tight spaces;Leo certainly makes it difficult easy matter and the Argentine ” He carries the ball inside the foot ” as would Eduardo Galeano.

When Pele dominated the court and the ball quickly becoming a myth-live-I did not appear even as a dream project,fate would leave me at a later date another genius humana.Así the unique feat of a pubescent holding a world cup(1958)It was seen by other privileged.

How many players are able to get a FIFA World Cup at the tender age of 17 years? And to overcome 1,000 professionalism goals?The answer is four letters forming a name:SKIN. Without a doubt, the Brazilian is or will probably be the best in history or one of them. And why not the number 1?

Could there be an unbeliever who put off this list to Diego Armando Maradona? Is there someone out there who dares to clear the memorable journey”Pelusa to the English leading to the pinnacle Argentina in Mexico 86?

Maradona is essential in any discussion involving define the best player ever,point!

But the courts had expected a posteriori in the era of digital agitation,enthroned with electronic media and the immediacy they generate by another man bit shy look and talk:their language is football,He does not need verses like Ruben to win applause, His art is the symmetry of managing your body movements and his accomplice:the ball,letting caressed by her feet-two of them definitely harmonizes-without him it is an object,with it's football and Messi is football,Pibe for a, Pulga for others and Lio a collector's item for the Museo del Prado.

So while there is Messi, Cristiano Ronaldo this lush Portuguese player will be only a shadow,a rival with its monumental executory deserves consideration to fight gold balls,but it never reaches the level of effectiveness and versatility of “rosarino”. This is not to say that Cristiano lacks footballing powers,but its level does not exceed that of an opponent who received a gift and an extraordinary talent numerically superior kilataje.

Here the time is the same rivals too and Ronaldo simply does not give the size-and-Leonel Messi is football and are joined by the umbilical cord is the ball…technique,definition and mobility between two or four attackers with unique domain make Messi left from another planet.

I'm sorry Christian should've been born in another century…football is more than just power and speed strength.

Pele and Maradona confirmed two mastodontes:Messi is the best today…Who am I to contradict?

What if Messi is the best ever?…That deserves another chapter.

P.D 1) For now the truth is that for me-even without winning a world with Argentina-Leonel Andrés Messi is like “Hundred Years of Solitude” and Gabriel García Márquez -at one on one- with “El Quijote de la Mancha” and Miguel de Cervantes.

P.D 2) What do you think? They can stone me like Stephen or invite the Nou Camp… 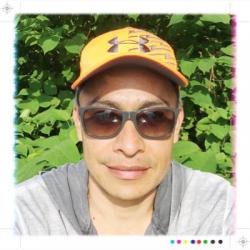