There is an absolute and timeless axiom in the world of football is almost always true: young players need time to exploit its best. Certainly, this axiom is not anything special when we understand that every young person in any field needs to gain experience in the trade and cutting his teeth in it to become a quality footballer. But that requires knowledge of its function, work hard and learn to adapt to the different events that must confront an athlete. In the case of Adnan Januzaj, Belgian striker Manchester United who is on loan at Borussia Dortmund, we find a nuisance that is worthy of analysis.

Imberbe end path / coupling (It depends on who you ask) He had started quite well in the disastrous season David Moyes at Old Trafford, Being the, with its energetic game, skillful and exciting, a positive point in a year full of sporting misfortunes and humiliations. With only 19 years, it was seen as one of the best players in the club and such was the esteem he held at the institution that gave him the legendary Ryan Giggs eleventh for him to use in the season 2.014/15, with Louis Van Gaal in the technical.

The arrival of the Dutch meant a restructuring of the campus with a significant monetary outlay in addition to a mass exodus of players who no longer gave for more- and the reality is that Januzaj not materialized a good season for nothing; the antipodes got it with Moyes.

Several injuries, with an important performance slump and a team that constantly alter their tactical system for an elusive glimpse regularly, the lanky Belgian seemed to be falling into a second season syndrome was happening to all young players who exploit in their first year and in the next it is harder to maintain their level.

The pace of the Premier League and physical strength of the league affected him greatly in the second year as a top-level footballer. Then he decided to take action on the matter and prepared for your holiday with a personal trainer to arrive at this new season with greater strength to battle with the defenders of the English league.

In the preseason games rotated gray similar actions to that of his time with Moyes like that goal to Barcelona where he jilted Bartra- Van Gaal and gambled enough for him in the first games with four ownerships in all matches including one that played against Aston Villa where United won one-nil with goals from Januzaj. But the truth is that their performance against other rivals was poor: he was seen slow with the ball, was still weak protecting the ball so repeatedly lost possession and was not seen genuine progress in his game.

So in the last market day, Belgian went on loan to Borussia Dortmund to try to get more minutes and soak in the wisdom of a group of players who practiced a more composed and attacking football which matched the style of Januzaj-, unlike the United whose slope is more conservative and is still developing.

At present, Januzaj has not been able to play more than two matches starter and has only played six total. And only one of them involved the 90 minutes. has not finished adapt to their new environment and has even criticized his slow-what it had done in their moment Van Gaal, not to mention the constant injuries and Marco Reus have given space to have more minutes as Ilkay Gundogan players or Shinji Kagawa (another who was unsuccessful at Manchester United) They rank higher in team play.

What should be a year to blossom as a player more prone to a good game without many physical demands league has become a gloomy scenario for the end Moyes once resembled Johan Cruyff.

What it is best for Adnan Januzaj? This week have been rumors about Van Gaal wants him back at Manchester because he has not seen many minutes and think you will have more activity in England because in Dortmund did not work as expected. They also come in the Belgian press articles which mention the apparent lack of commitment to Januzaj and that's why both teams have not had-something that is highly disturbing regularity.

footballing talking, Adnan is a technical player, exquisite and is able to assist with brilliance. Unlike many skilled players now whose playing style resembles the street cutting and exhibitionist, Januzaj is that of classic; saving distances (obviously), his game resembles the old Laudrup or Zidane: Individuals who skated the court and moved with the grace of a symphony in all its glory. Januzaj has great potential, but a major flaw in the world of football today is that they do not stop inflating players debuting in a good way and categorized as the next big thing that will dominate.

And that seems to have affected the idiosyncrasies of work the attacker because he has not peeked regularity and performance has dropped to alarming quotas. The boy has not yet achieved a lot in sport and must fajarse to improve every game to the point where it is a first choice; not have an attitude that does not fit the exigencies of the moment.

A return to United may be the best at this point with a team that has a short squad and the Dutch coach himself recently declared that prefer to have few players because it uses the quarry in times of crisis; This may work for Januzaj that requires more action on the field. But if it will remain alternate regularly, a loan to a Premier team may be advisable -the idea is to play every week to grow as a player and return to work with determination. Something strange when we mentioned that preparation on your vacation, but there is something in this story that must be revealed.

Adnan Januzaj is a nuisance. It is at a crossroads where it is not sure whether it is extreme or hitch, which influences their lack of athletic growth, and where the lack of minutes coupled with an apparent decrease in their determination have outraged what appeared to be a natural projection to become one of the best offensive players in the future. You can still be, but you must understand that not only talented enough; also it influences the dedication and effort one put. That last one has not yet learned.

What do you think Januzaj career so far and do you think I should do to regain the lost trail 2.014? Do not refrain from commenting! 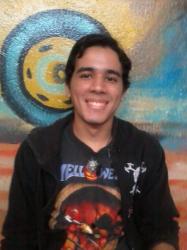 "Venezuelan writer and lover of football in its purest essence. I hate fads and triumphalism. I can read my Blog, Nine Solitude, and hanged by the Football". Blog: http://lasoledaddelnueve.blogspot.com/ Cuenta de Twitter: https://twitter.com/soledadnueve Página de Facebook: https://www.facebook.com/tenza.zangetsu.39