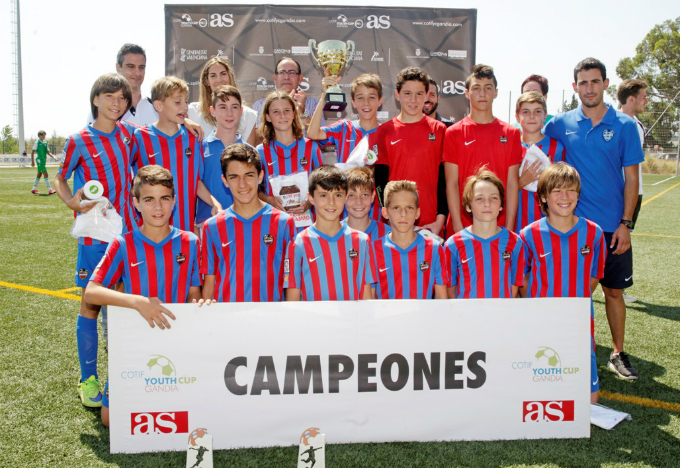 We could not shut him up, except when it is who writes youth football coach. The fact, is so outrageous that cries out to heaven, and although we are not the only ones who have echoed the news because fortunately there are few media have echoed the news, We could not stop commenting on what seems to us the terrible wrong done to the lads alevin del Levante. If among professional teams had been bleeding, what has been done to these kids is just embarrassing.

Because for a child 10,11 Y 12 years, age of fingerlings, Marketing topics and other import a snobby. For the types of tie and suit their pockets at the expense of football and who laugh at the fans with indecent schedules as a business day to 16:00 hours or at 23:00 hours, also they care about a snobby, but the feelings of these kids.

Promises League is played in Miami, an event that certainly is amazing for kids, coaches and parents. A kind of world of sub clubs 12 where the best of the category of the world come together, which they won its classification. That at least is the theory that the Spanish teams has not been fulfilled reality. But tell that to Mr. Thebes and tournament organizers, as the Foundation José Ramón de la Morena, known host of a morning sports program.

Come from Spain : Valencia, Celtic, Atletico Madrid, Barcelona, Villarreal, Sevilla and ….Real Madrid. So far everything seems ordinary but outside because Real Madrid, He did not qualify for the tournament. The team who won his seat to go to the tournament was the Levant, so the Levant was the alevin which must complete Spanish plazas in the tournament. 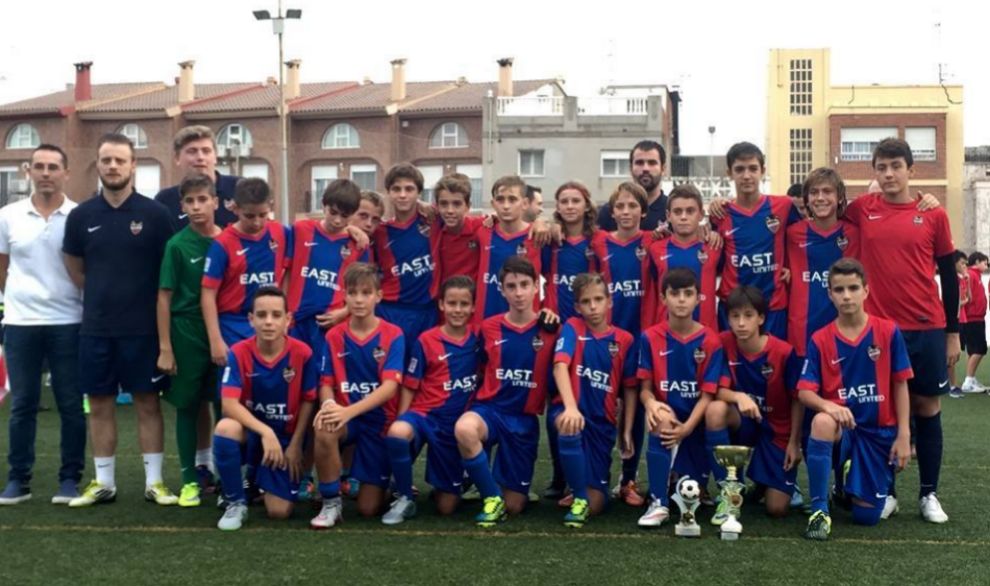 Fry del Levante are those who won the ticket to Miami on the field. Instead the Real Madrid has not classified.

And we say should because according to the rules that must be so. Rules were suddenly changed because he did not come either someone or because a team like Real Madrid tito Floren could not be left out of this too. The solution was quick, late the rules were changed and it was decided that the tournament would enjoy most prestigious, It had to invite relevant teams like Real Madrid at the cost of the square of a team that had won in the field, The uprising.

In other words, They had to go galactic and Levante lads as they had that status, as they are not Galacticos not been able to go to the tournament when they should have been. Marketing and these mamonadas (pardon the expression) They reach modern football and the lads, imported authentic…they already know, you complete the sentence. 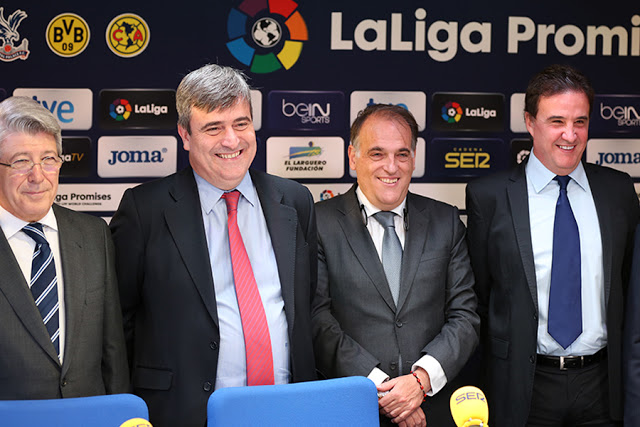 A Thebes and Jose Ramon de la Morena children they care much tournament, it has become clear with the Levant.

The worst thing is that in certain sectarian media has taken the silent on this issue and also surprised the Levante, He has not filed a complaint Club. Only parents of juveniles sent a very sincere letter to the organization simply remained a dead letter because these people care about these things a pepper. Things of modern football, things that make this sport stinks especially when the base is already corrupted in this way.

This is the letter sent by the parents of the organizers box granota:

OPEN LETTER TO THE LEAGUE PROMISES (LFP) FOUNDATION AND RAIL

The families of the players Levante sub 12 We have received with considerable surprise and deep sadness the decision of the Professional Football League (LFP) The Larguero Foundation and exclude the Levante International Christmas Tournament, Promises named League, to be held 27 al 29 from December to 2015 in Miami. The decision can not be further from the values ​​of "effort, teamwork and pure illusion "they wish to convey the tournament organizers, which it has the support of the Secretary of State for Sport of the Government of Spain.

Go ahead our appreciation to the El Larguero Foundation for its long and fruitful dedication to youth football. Thanks to its tournaments thousands of children have been able to feel and sound as professional footballers for a moment and have enjoyed unforgettable moments. As those who lived our children this past June in the tournament held in Villarreal, and where the Levante UD alevín managed a creditable 5th place, after being felled in the quarterfinals by Villarreal in the penalty shootout. Precisely this 5th place was right, as specified on the website of the Foundation, to participate in the Christmas tournament. But this year, by a decision that has little to do with the sport and the media business, the team of our children has not been invited to participate in this international competition.

The explanations that come to us informally, confirmed, only exacerbate our disappointment with an organization that had by modélica. We do disservice to the education of our children if we have to explain to them that all their effort and sacrifice not serve anything before commercial interests. That what was won on the grass have taken in the offices because, as we say, galactic clubs give greater television audiences and economic returns, it seems that is what it is.

We want to vindicate the work of all youth football schools of Spain, especially those, as Levante, that supplementing with enormous sacrifices their limited resources they can overcome the big clubs in national and international tournaments. Too bad decisions then as we have told the children end up throwing the wrong message.

Thus, and hoping reconsider their position to exclude the Levante UD alevín Miami tournament, parents of granota team took the opportunity to send you an affectionate greeting,

Racing Santander, the example that justice does not exist in football
Sergio Ramos, Is the best center in the world?
Your child will not be a global crack, let you enjoy playing
Who will be the best 2015 in Spanish football?
Real Madrid-Valencia, intimate enemies
Jugones against Manolos: the low level of football programs in Spain
If her 100 millions of euros, Why say that Gareth Bale has cost 91?
Intolerable
What happens in Valencia CF?
Do national selections must summon the nationalized?