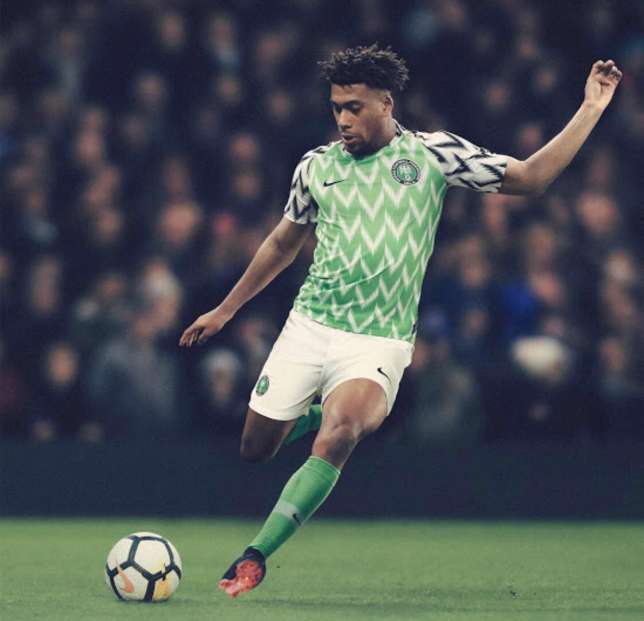 Nigeria will wear the shirt in the next World Cup is still a critical success and sales (Photo: Daily Post)

Football fans around the world already have missing to begin a new edition of World Championship days. Top choices and players in the world will meet in Russia in a few days and already fans rush to buy the shirts of their favorite teams.

As usual, every sports brand presents the new kits for each team for the world's largest showcase and fever breaks out when done with the most beautiful and striking. This time, the shirt is having more success in both sales and criticism from fans is the selection of Nigeria.

The prestigious Nike brand has achieved a very striking design and so far is being a success. Mark ran out of stock a few days ago due to the high demand from fans around the world who are ravaging her. More of 3 million orders according to official figures since being published images of the elastic will wear the Green Eagles at the World Russian 2018.

The Battle of Hobbies: Chapter 3-Levante UD
Paolo Di Canio hunde morally on portero
"I thought that Cruyff made me 'bullying'"
"It is in the form, He has played matches in jail"
Indonesian goalkeeper dies league after a crash
The most controversial signing of the winter market
Dates and times World Brazil 2014
The next footballs for the Champions and Europa League
Bayern Munich has already sold out for the next Bundesliga
Valencia 1- Bayern 1:tie and both qualified for second round