After the break league, comes a day with very interesting matches 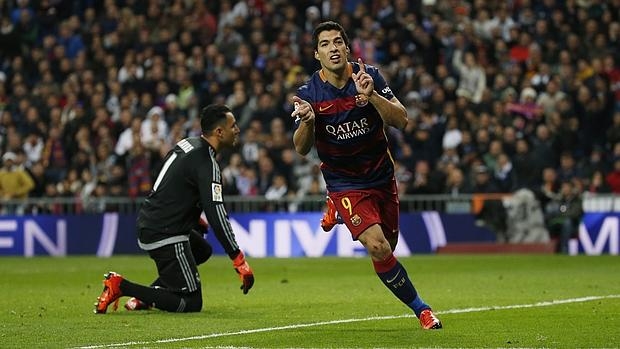 There are only a few days to give final approval of the season 15/16 La Liga and is the best of it, vibrant recent meetings in which plays both go to Europe, how to fight to not finish in the second division next year.

The final sprint begins the same weekend day 31, and in it there are some partidazos as having Atletico Madrid at home, who host Real Betis Balompié. A game in which there is always a great rivalry and always usually the taste of Spanish amateur, but of course, verdiblanco precisely the set is not in one of the best moments of its history.

But the party "summit" of this day is that all are thinking, and that's the derby against FC Barcelona and Real Madrid. A meeting will not be as great as is expected of him because neither of the two sets is played nothing at this stage of the competition. The only attraction for both teams will be, winning the tie to get the trophy Liga failing 7 journeys (FC Barcelona) and to get second place by the white team.

This day will be a good time for all amateur who likes to bet, because there will be good options for some other interesting bet. There will also be a good boat in the famous football pools for those who get hit full to 15 O, If you do not want to bet on football, you can always choose any of the classic choices and, hopefully, bring you joy after checking lottery results.

There will also be interesting games that will play Sevilla FC and Villarreal, in which the first receives the Royal Society and the second Ipurua travels to face Eibar. Both teams will be playing next season in the Champions League, la Champions League. The difference in points is 5, fight that has advantage yellow equipment and other equipment that is targeted as Celta Vigo.

Johan Cruyff dies, dies one of the greats of football history
A dead in a fight between fans in Brazil
Baba Diawara, debut less desired
Nery Castillo, playing with Mexico to mount a fishing shop in Greece
Winning the league arrested in an anti-drug operation
That season Valencia with Ronald Koeman
Portugal ties with Israel 3 and aims to play the play-offs for the World
The five highest-paid players in the world
Ricardo Kaka is worth all together Borussia Dortmund
Kazu Miura, the oldest player in history who is still active