Pairings for the last previous round are already decided, before the group playoff, of the Europa League. Scottish Motherwell will face the league's revelation team last season, Levante de Ballesteros and Jim. Theoretically, granota, there should be no trouble to eliminate the Scottish team, even though this, comes rebounded from the Champions. The first leg will be played in Scotland and the day 30, Scots will visit Valencia. 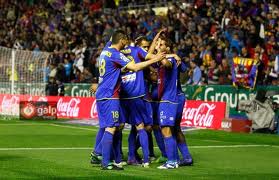 On the other hand those of Bielsa, after eliminating the Croatian Slaven, They will play the first leg in Bilbao again against a team that technically and on paper, it is quite inferior to the Bilbao picture, but always on paper. If both sets pass the previous round, will enter the Europa League Liguilla, where there will already be teams with a lot of tradition.