The best strikers in the history of the League 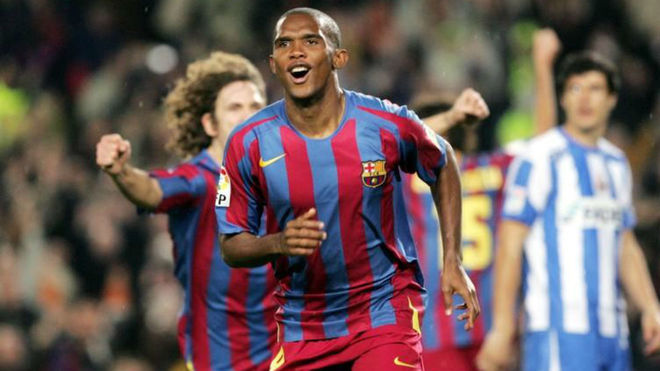 Samuel Eto'o scored goals in Mallorca and Barcelona in the Primera although he also played for Real Madrid and Barcelona. PHOTO:

Who are the best strikers in the history of Spanish Liga? Score goals is an art, a specialty that only a select few are able to meet and sometimes is not sure. During the long history of the League, Spanish soccer fields have seen many trod your lawn level front.

Almost 100 Liga years, go far, thus, prepare a list that everyone Contente, It is a very complicated task. But nevertheless, we offer some of the best strikers in the history of the Spanish top flight of football.

Strikers who made history in Spanish football

No, obviously it is not Christian. We refer to what is arguably the best 9 the history of the sport. We speak as the “phenomenon”, Brazilian, that striker who marveled between the late twentieth century and early twenty-first and the only injuries slowed him. Goals of all kinds and colors in Barcelona and Real Madrid. Framework 117 goals in 164 matches garters.

Mexico made history at Real Madrid with his goals and his somersaults. We speak possibly the best player in his country at least since he understands football as modern. He also played for Atletico Madrid and Rayo Vallecano, the three teams in the city of Madrid . always goleando, I participate in 347 matches between 3 equipment and scored 234 goals. further, also it has the curious record mark 38 year goals in a row, All auction, that is to say, with one contact.

We get a little more retro to remember the man who held the record for top scorer in league history for many decades until it was surpassed by a phenomenon like Messi. The best head in Europe after Churchill called him. Athletic myth and Spanish football. Framework 251 goals in 278 matches.

The Croatian arrived in Seville where he soon became one of the best center forwards in the league. After several seasons blunting, He signed by Real Madrid in 1996. exquisite quality and elegance were two of the hallmarks of his game. One of the best Balkan who played in the league. 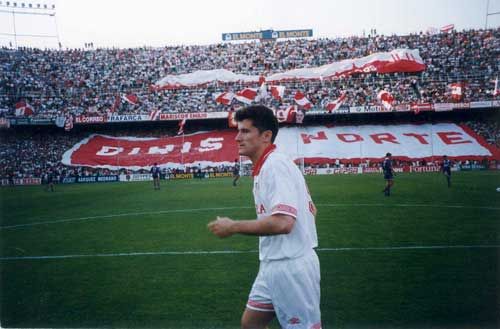 Davor Suker is one of the best players in the history of Sevilla. PHOTO: Marca.com

Precisely Suker replaced in 1996 Chilean Ivan Zamorano and Real Madrid striker who had done the same path as him 1992. A devastating jump and scored from first matador made Bam Bam, one of the scorers par excellence. Framework 98 goals in 196 League matches.

eternal Quini, one of the best Spanish strikers and certainly, one of the Top scorers in league history. A player from another era, genial, who scored goals in his Sporting Gijon and Barca getting the Pichichi trophy on both teams in a total of 5 seasons. Framework 219 goals in Primera Division. 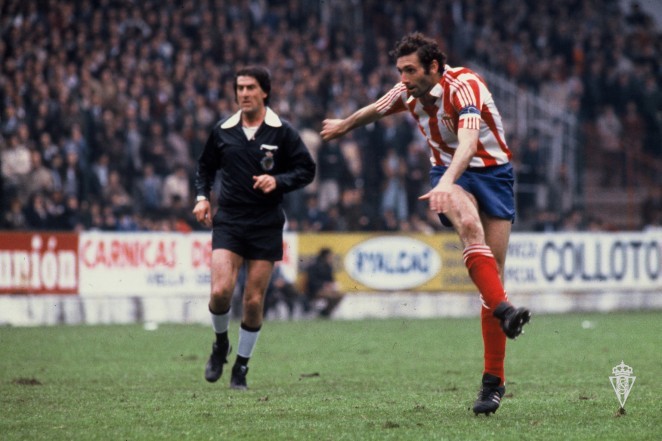 The “7” Real Madrid managed to make history at Real Madrid where he was playing in the first team between 1994 Y 2010. Many seasons where he scored many goals official. In the league, He managed to score 228, all with white zamarra.

The other 7, another major, one of the best scorers that has given the Spanish football. He scored goals in Sporting, Zaragoza, Valencia, Barcelona and Atletico Madrid. Quality, opportunism, auction. Villa had all the great qualities you must have a center forward and certainly, It's one of the best strikers in the history of the League long. Framework 185 League goals. 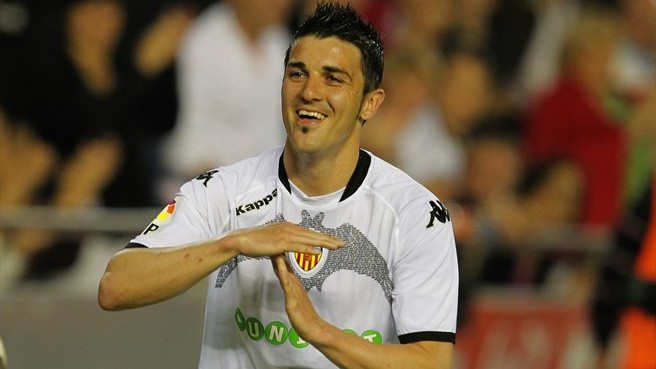 Village celebrates a goal with the shirt of Valencia. PHOTO: Brand

A year and a half in Barcelona where he won the Pichichi and let some controversy, They earned him to be one of the best strikers who have gone through the League. For memory left that cow's tail to Alkorta. Later he was in Valencia but his step was almost symbolic because it did not complete a season or two times the campaign started there. In the League got 39 goals in 56 matches.

Carlos Alonso González, “Santillana” He is having been born in Santillana del Mar, He was one of the best strikers in the history of the League. With a shot from crushing head, He played for Racing and 16 years at Real Madrid where he scored more than 300 goals.

The matador, valencianista legend and one of the best strikers in the history of Valencia and of course League. He played in the top flight of Spanish football in Valencia where he is a legend and Hercules. Between the two, juice 221 games and scored 126 goals.

outstanding players of the first day of the World
"We go to a private place, I tell and managed as men"
Maradona shone like nobody has done in San Paolo
The "theft" Real Madrid and Barcelona in recent years, Can you really complain?
Five football trivia you should know
The cleanest players in history: Knights fair play
The evolution of hairstyles footballers over the decades
Maradona scored the hand of God
All winners of the Golden Ball history
T-shirts prettiest football season 2017-2018