Bosnia goes to a World Cup for the first time in its history and does it looking very good. Interesting midfield, excellent goalkeeper and best striker. Very good credentials of the Bosnian team that also has the luck of being in a group where second place can be within reach as soon as things go moderately well.

Dzeko and Ibisevic are two of the most sought after strikers in the world, especially the City striker. Both ensure quality, presence and above all goal against Bosnia. The midfield with Pjanic at the helm is creative, smart and with many kinds of alternatives. Begovic has already shown in the Premier that he is one of the fittest goalkeepers in Europe.

Safet Susic, who was the best bosnian player in history, you are lucky to have a strong team that can handle different registries. Surely we will see him withdrawn against Argentina, but it will not be difficult to see him take charge of the match times against Nigeria and Iran, selections that on paper are in no way superior to Bosnia. 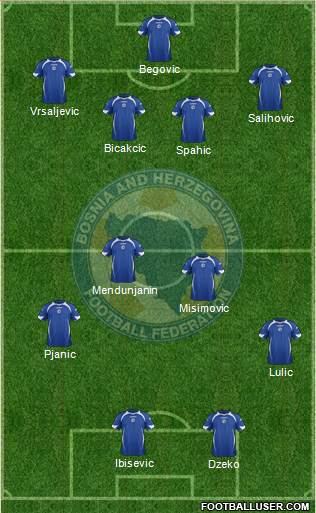 What better coach could Bosnia have than Safet Susic?, the best Bosnian player in all history and a legend of Balkan football in the years 80. He did know what it means to be in a World Cup and twice (1982 Y 1990) and will try to transmit that experience to a group with enthusiasm and desire, besides talent.

Susic will bet on the counter, but also by the touch the power of their forwards. something that a priori, seems like a safe bet. Nor is character and order lacking in a team that will be in the final phase of a World Cup for the first time.