Ten years after the official debut of Messi in the league

Messi is celebrating his anniversary. A 16 October 2004 just a decade ago today, debuted in an official match with Barcelona, a young Argentinian trained in the Masia. A boy who ten years later, he has destroyed a multitude of titles and has led Barça to experience some of the best moments in its history. In full controversy about his state of form, far from his best version and with the eternal debate and comparison with Cristiano Ronaldo who will always accompany him, Messi, continues to be one of the great.

That little one with 17 years ago he made his debut with the Barça shirt in a derby against Espanyol at the Montjuïc stadium. He did it by replacing Deco, author of the winning goal in that game and one of the stars of that Barça in which a certain Ronaldinho reigned. With the 30 on the back and being a youth, Messi played just over seven minutes that they did not give him to show what he was going to show later, but Barcelona, inadvertently, he was finding the jewel in his crown, to a player who, as did others long before like Kubala, I was going to change the history of the Barça club.

Today, ten years later, Messi, already with ten on my back, accumulate a multitude of individual and collective titles with a single mole, the lack of a World Cup. Close was in the final of Brazil 2014 that escaped almost in the last breaths with that goal from Mario Götze. Either way, their 27 years, Messi has been crowned in the world of football and his youth suggests that there is still much to see. Like all greats, he will have his detractors and his fans, but what is clear is that his name already, whatever you do in the many years that you may have left in your career, will remain forever in the Olympus of this sport. 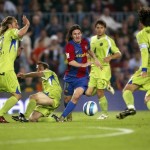 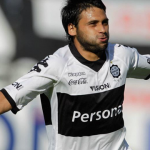 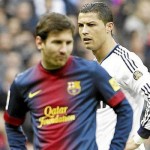