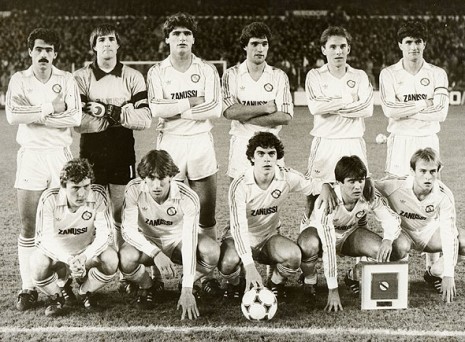 La Quinta del Vulture He was a benchmark for Real Madrid and football 80. At the beginning of that decade , Second excelled in a country plagued talented team. This was none other than the Castilla, the subsidiary of Real Madrid.

It was specifically in the season 1982-83, when the Real Madrid affiliate gave exhibitions in the Second Division, marching leader and destroying all historical records of the category. They were champions of the silver division of Spanish soccer, which no subsidiary has achieved so far, and a couple of years before had been able to play the final of the Copa del Rey (when the subsidiaries could play) against their elders, against Real Madrid. That acquaintance cup final 1980 between Real Madrid and Castilla what happened to history.

The beginnings of the Quinta del Buitre

In that team early 80, They highlighted five players who arrive after the first team and the Spanish team and among these kids stood one above all. His name as everyone knows responded to that Emilio Butragueno and they called her fifth “La Quinta del Vulture”.

It was the journalist Julio César Iglesias who published an article in the newspaper The country the 14 November 1983 titled «Amancio and the Vulture farm».

The other four components of the fifth were ; Sanchis, Michel, Martin Vazquez and Pardeza. The first to debut with the first team of Real Madrid were Sanchis and Martin Vazquez. It was Don Alfredo Di Stefanowho made them debut, the 4 from December to 1983 against Murcia. With 18 years, both they had an outstanding performance and Sanchís even scored the winning goal.

Debuted shortly after Pardeza, the component with less impact of the fifth, but only he played seven minutes in his debut and returned to the subsidiary to play there most of the season. A few months later, the 5 February 1984, Emilio Butragueno was going to debut.

"The Vulture" debuted in Cadiz. He left when his team was losing by two goals to nil. The match ended Real Madrid won by two goals to three with two goals of Butragueno. The "Vulture" began his legend from the outset.

The latest debut was Michel. He played all season 83/84 in Castilla and debuted on the first day of the following season although later it would be one of the best of that fifth. Butragueño, Michel, Sanchis and Martin Vazquez were to consolidate in the first team while Pardeza continue even in the Castilla two more seasons to finish marching to Real Zaragoza, where then it would become a reference for maños.

La Quinta del Vulture He was part of the team that won five Leagues in a row (1985-1990), two UEFA Cup (1985 Y 86) and League Cup(1985). His biggest moon was not winning the seventh European Cup, title that resisted until Pedja Mijatovic's goal in 1998. Only Manolo Sanchís was the only member who managed to win the Champions League. 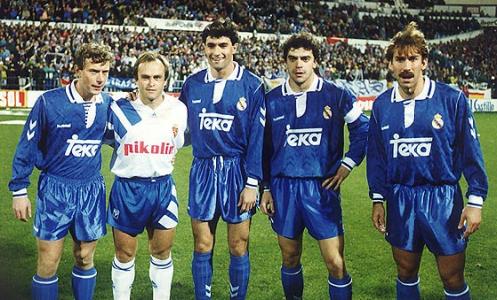 La Quinta del vulture during the 90's PHOTO: AS Color

Precisely also was the last member of the fifth to leave, the first had been Pardeza. Martin Vazquez came in 1991 Torino direction but she returned to the rows Whites 1994. Butragueño came in 1995 and Michel 1996.

All the components of the Quinta del Buitre were international

The five came to coincide on the World Italy 1990, where all were selected to represent Spain. Butragueño and Michel played in the Mexico 1986 as well