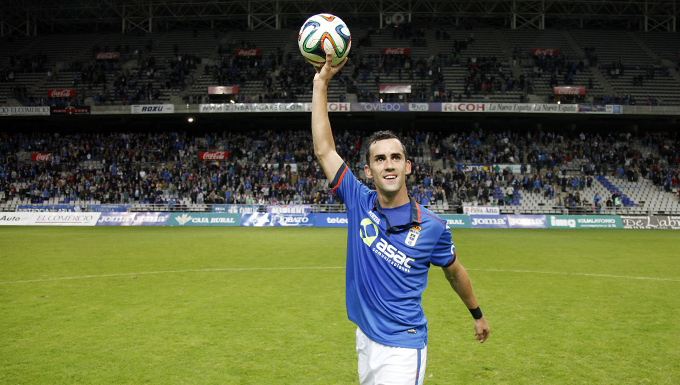 Miguel Linares came to the fore after signing 19 goals in the first 14 games of the season 2014/15 militating in the ranks of the Real Oviedo, a record that seeks to recover its place in the Spanish soccer elite. Numbers that despite being in Second B, They had only been surpassed by Cristiano Ronaldo. The fans of the New Tartiere, has in him his star player, KILLER has already signed a number of hat-tricks. But his career, It fraught with modest goals in football is much longer.

This Argonese born forward 1982, It is a classic of the Second B and to a lesser extent the Spanish Second. He passed the Zaragoza B, Huesca, Barbastro, Alcoyano and then in the second division with Salamanca, Elche and Recreativo de Huelva before arriving at the Real Oviedo. In all of them made goals but never in a way as spectacular as in Oviedo that is immersed in an ambitious project to get back on the fast track, At least for now, the second.

hobby, stadium, template and goals from Linares thing seems more than possible. Anecdotally worth noting that Linares, framework 12 goals last year with Recre but Second 11 of them they were between September and December and then get into a scoring drought important. This year, So far it has marked 14 between September and November but this time, ovetense fans expected to continue streak. The follow closely. 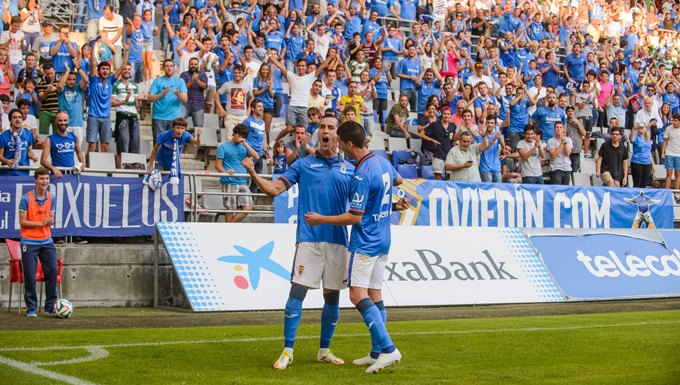 Miguel Linares, the idol of the fans of the Oviedo.

Milan sinks in Series A
The goal that saved a life
The most expensive teams of America
Barcelona 1- Real Madrid 3: Cristiano Ronaldo hits the targets in the Cup final
Takashi Inui, Japanese in Eibar
Peter Schmeichel, the second best goalkeeper in history
Basel 1- Chelsea 2: the referee turned a liar
Winning the Champions League to the Second Turkish
Spiderman is training with Leicester City
Soccer players' Christmas