If there is a shrine of football, that is none other than the old Wembley, the cathedral par excellence of world football. Located in the neighborhood of the same name in London, This enclosure is watchword of football and he played the best soccer players in history. If something happened in football, It happened at Wembley they say. And in total there were seven finals European Cup that took place in the old or new Wembley (the last two have already) plus a host of events.

The story goes back to the enclosure 1923, when on the occasion of the Universal Exposition it was decided to create a large stadium, multifunctional and capable 100.000 people. A giant that cost at the time near 750.000 pounds. But nevertheless, it was not until the 28 April of that year when it officially premiered with the FA Cup final between Bolton and West Ham (known as the end of the white horse).

From there, Wembley was to consolidate as the stage of the finals of the League Cup, the FA Cup and host the matches of the English national team. further, macroconcerts would welcome and host large events of global significance both sports competitions and shows.

In that sense, the first major event which was to witness Wembley were the London Olympic Games 1948, where the stadium hosted the football final in which Sweden would rise with the gold medal defeating in the end to Yugoslavia 3-1. But nevertheless, more than football, It would be for athletics for what was to be remembered these games, because in the same Wembley, name a Czech Emil Zatopek name and would astonish the world winning the gold medal 10.000 meters and silver 5000 meters. Was the “human locomotive”.

Three years later, in 1951, Wembley hosted for the first time a round of selections was not an England-Scotland. Argentina was the British who visited and made losing 2-1.

In 1953, another final of the FA Cup turned the sight of football fans at Wembley. The Sir Stanley Matthews of Blackpool was able to overcome a 0-3 against against Bolton a hat trick Matthews to go down in history for being the only achieved in the final of FA Cup.

That same year, the 25 of November, the possibly best team of all time, Puskas's Hungary, He managed to end the streak at Wembley England and defeated the British by a convincing 3-6 in a display of total football that will go down in footballing history books.

Excellent ability of the stadium earned him to be the scene of five European Cup finals. The first of them, it took place in 1963 when Milan Altafini was imposed on the Benfica of Eusebio by 2-1. One year later, was the Recopa which was received at Wembley to win against West Ham Munich 1860.

But without any doubt, would be 1966 Wembley year to the host for the first time ever a global. Not only the final where England would beat Germany with the controversial ghost goal in overtime Hurst, but also with the semifinal between English and Portuguese which would win the game Charlton and Eusebio quarterfinal between Argentina and England that was the origin of the creation of the yellow card after a controversial encounter. 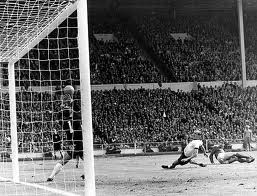 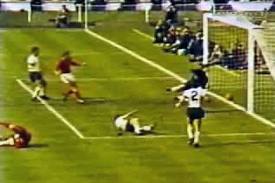 New European Cup final draw attention Wembley during the late sixties and the early 70. In 1968 Best Manchester golearía to Benfica; at 71, Ajax was Johan Cruyff who conquered the orejona to the defeat Panathinaikos, and the 78 Dalglish Liverpool. In 1992 I would witness a new European Cup final. This time it was the Barcelona, which conquered the title for the first time in its history with the legendary goal against Sampdoria Koeman.

1996 It would witness a great event again: Euro, where Germany would win the title defeating the Czech Republic with an experiment called “Golden Goal” which it made the first team to score in the win got extra time. That happened just a year after René Higuita left to remember his famous scorpion in a friendly. 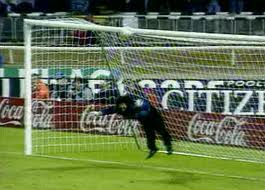 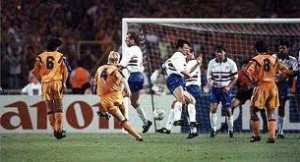 In the last years of the millennium, Arsenal would use the stadium to welcome the foreign teams during their Champions League meetings. An exception to club football that made Wembley as I had done in years 30 to the house matches the Leyton Orient FC.

In the year 2000, with a friendly between Argentina and England Wembley closed its doors, to open seven years later those of the new Wembley, a stratospheric seat stadium 90.000 viewers equipped with the highest technologies and will cover the final of the Olympic Games, amen to the final of the European Cup 2013, in which he repeated as he did in 2011.