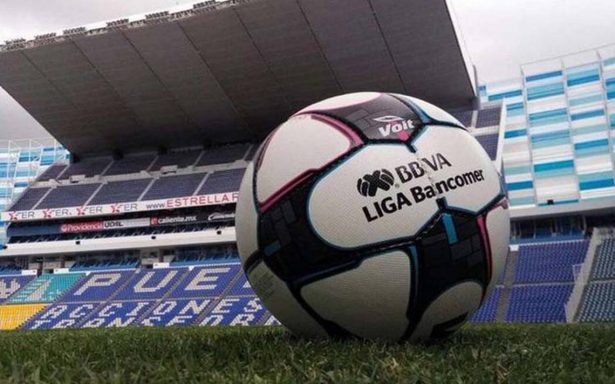 And 2017 It was a tumultuous and controversial year for the Mexican soccer, the 2018 −including all the uncertainty generated by the participation in the World Cup of Russia− It started with unpopular measures and unsportsmanlike maximum divisions, calling into question the spirit of competition.

And not only that. Aztec managers have filled the mouth talking about the MX League (As he baptized the Mexican tournament five years ago and a half) since its formation has acquired respectability and exudes quality on the court, attracting more fans. “The objectives we have is to make football more attractive, (…) strengthen the economy of the clubs, proactively participate in the social development of our country and be more attractive to the amateur and the viewer who attend or see (the meetings) week to week", Decio De Maria expressed, as president of the tournament, that 5 June 2012.

"The vision is for 2015 we have a growing hobby, with an average attendance than 50 percent, with a rating above 8 percent a week, premier stadiums. Our mission is to be a professional league with a level of excellence in football, solid structures, with a growing interest and participation in the social development of the country ", express.

All that "roll" (as it is called in our country demagogic speeches and meaningless) He went into a dark pit last Friday 2 of March, when the leaders of the 18 1st clubs. Division took several decisions that are, to say the least, stupid.

What approved the "owners of the ball"? While it was emphasized that for the season 2017-2018 (It is consisting of two short matches) valid, there is no change, an analysis of compliance and feasibility of participation of clubs that wish to belong to Liga MX will be held, and it runs in 20 the maximum number of clubs in this league for the period 2018-19.

Beginning in that same cycle, up may only teams that meet the requirements for participation in the bylaws of the Liga MX, and also the possibility that the team that finishes last table ratio can retain its place in the Division confirmed, It performed while a contribution used to benefit both Divisions (Liga MX / MX Ascenso).

That is to say, It will apply the "pay to play", as the club of the 1st. Sportingly division loses its right to continue in the maximum circuit, giving an amount you can keep it.

With this, it removes all sense of competition for a sports tournament that aspires to be elite. If the Mexican tournament itself is mediocre, speculative and very showy, What kind of football practice now that no longer exist the fear to go down?

While in many European leagues are up to three drops in 1st. Division −to promote competition and overcoming−, on Mexican soil to suppress the incredible decision taken, when already demote is based on the percentage yield over three years (six short tournaments). In other words, there will be no "punishment" for playing badly and being the last of a championship ... it's as if the ending first not be designated champion!

And for those who compete in the 2nd. Division (Up pomposamente called MX, name and then meaningless), now depend not level up and delivery effort on the court, but they manage to make the investment in infrastructure and the financial support to do.

Some other measures are good half, such as returning the "20/11 Rule", which will force all teams 1st. Division fielding a minor player 20 years and 11 months in all minutes in the Liga MX and two in the Copa MX. This rule was introduced for the first time 2005 and it was in force until 2011 and he allowed, even so must, managers and coaches reluctantly had to consider in their starting eleven young homegrown players.

further, only it is allowed to include nine foreign players and nine national in calls for all teams, but now you can only register a maximum of 12 foreign. This just slow the endless wave of players coming from outside, with the minimum quality contract Aztecs managed teams, giving the case that some of these had registered up to 18 foreign elements.

But the central measure, to abolish relegation, is a "gaffe" historic Mexican leaders, they are attacking their own interests, but especially against competition that should govern all sporting spectacle, more if it is paid and generates millions of dollars a year in profits.

In mid-February, before the wave of criticism unleashed in the press and fans, Enrique Bonilla, president of the Liga MX, He met at the premises of the Mexican Football Federation, with different management teams Ascent MX (technically, 2nd. Division), to address the issue that generated controversy, about abolishing the rise and fall (…), and then, news conference, He said the issue is only "an idea of ​​many that have been raised with the Committee of Sports Development".

Actually, I wanted to lower the temperature of the controversy, but two weeks later came the hammer blow and the decision was made official, that puts into question the growth of the brand-Mexico soccer country to the world, from an internal strengthening strategy.

Y, we said, last 2017 It was not a successful year for the Aztec football: to failures in Gold and Confederations Cups with respective selections that were assembled, we should add other scandals domestic character which showed that local leaders are very good for business but terrible for planning and crisis management.

The 18 February last year, in Veracruz, The "bars" faced (brotherhoods criminal groups masquerading animation, Sponsored by the clubs themselves) Reds Sharks and Tigres UANL, when they began the fray in the stands, giving way to a series of incidents in the stands and the pitch barely deserved less punishment and no serious consequence. Days after, the 8 of March, Paraguayan defense of America, Pablo Aguilar, and Argentine forward Toluca, Enrique Triverio, assaulted referees (with header and push, respectively) in two different games in the Copa MX.

The Disciplinary Commission was benevolent and suspended footballers 10 Y 8 matches, causing outrage and unrest among silbantes, in protest they decided to go on strike, so the day was suspended 10 that Clausura 2017. Days after, and after the scandal internationally, an extension of both sanctions were given, suspendiéndoseles for one year aggressors, with referees, satisfied, They returned to the activity (in May, the Court of Arbitration for Sport −IT− He reversed the decision of the Appeals Committee of the FEMEXFUT and reinstated the original sanctions).

And so on to infinity: minimum penalties for assaults on the court and from the podium, parties suspended at low altitude speakers that threatened the players, few goals, saturation foreign mediocre and comodinos, etc., They have been the daily bread in the Mexican football in recent times.

And with the elimination of decline, one of the "leitmotif" of professional football at any latitude as competitive activity, whether by, almost ensure, a 'coup de grace "to the national tournament.