Group IV of Second Division B of Spanish soccer endangered

For those who do not follow regularly the lower grades, I must say that they live an even more dangerous and delicate situation than many moribund teams in the First Division. The most prominent case is that of the Second Division B is in grave danger of suffering a problematic transformation. Apart from the novelty or involution back to eliminate fixed ridges on a template that favored both public and journalists for recognizing players, Now a terrible dilemma arises. The issue of guarantees.

The new rules of the Royal Spanish Football Federation indicates that teams with defaults must present a guarantee of a certain amount that protect the wages of their players if you want to play next season. Total, until 29 Teams are required to deposit an amount that usually ranges between 125.000 Y 200.000 euros (Racing exceeds him 400.000), the odds to brackets low budgets. 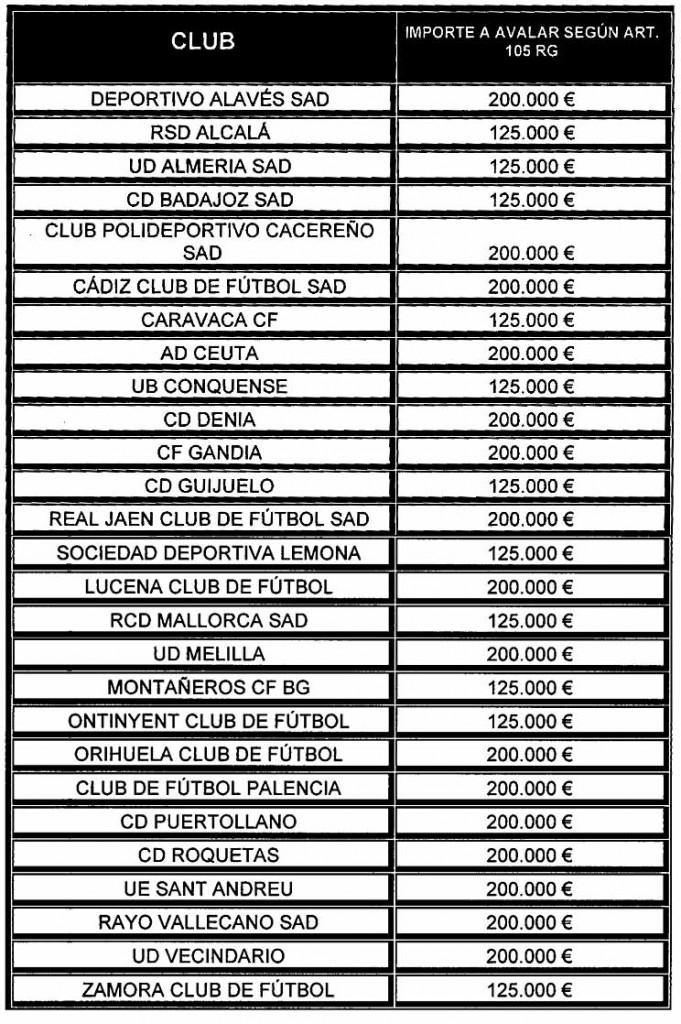 moment, two of them, Puertollano and Badajoz have already announced they will not endorse meaning its administrative decline, situation that could follow seven sets more, still unable to guarantee the required quantity. Among them, the Cultural Leonesa, team that has been denied the endorsement of 400.000 required by up to Second B. The problem is further aggravated by several factors. Of the 29 equipment must submit this document, most are Andalusians which could cause redefinimiento group IV of Second B that might not be as now conceived (Andalusian sets and mainly South) it is not clear which teams will not file or endorsement.

In Colgados for football we have shown on many occasions our regret buying soccer teams spaces, because we understand that football is just a sport and as such play what is gained on a pitch should not be lost in an office. Of course, not at all mean that payment goes against players, but we do believe that there are many other ways to avoid this mess. First, the start by the responsibility of leaders.