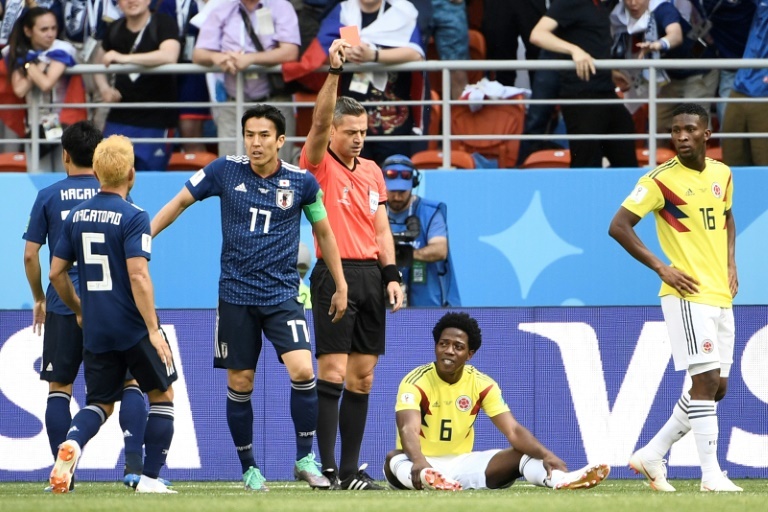 Carlos Sanchez was sent off against Japan in the 3 minutes of play. Photo: AFP

The expulsion of the Colombian, Carlos' La Roca’ Sánchez, He left us a curious fact is that for the third World followed, the first meeting was expelled from a South American player. Since 2010, South Africa, the first players to see a red card were two Uruguayan players and a Colombian.

The first to score this peculiar streak was Nicolas Lodeiro, Uruguay player who was sent off in the World Cup of 2010. Four years later he was his countryman Maximiliano Pereira who saw in Brazil 2014 red card in the match against Costa Rica.

'The rock’ He was the first to leave the field in Russia 2018 by expulsion of Colombia's debut against Japan. Colombian prevented a goal with his arm and was sent off three minutes of play being also the second fastest player to see red in the history of World Batista after Argentina that saw the 56 seconds in Mexico 1986 .