Neymar : Did you find the new Pele Brazil?

Is Neymar the new Pele?, Have the Brazilians found this time this great player capable of shading the mythical king of soccer?. These could be some of the questions many soccer fans can ask. Brazilians have no doubts, it's about the new crack.

And it is that the young Brazilian player has been the best player in the Confederations Cup 2013 held in Brazil. After its exhibition yesterday against Spain, world and europe champion, The new Barça player has been crowned as one of the serious options to be one of the best in the world in a short period of time.

It is clear that it will be necessary to see his adaptation to a world giant like FC Barcelona and to a League like the Spanish. This is his first experience in Europe and he will have another rooster in the corral such as Leo Messi., considered the best right now. 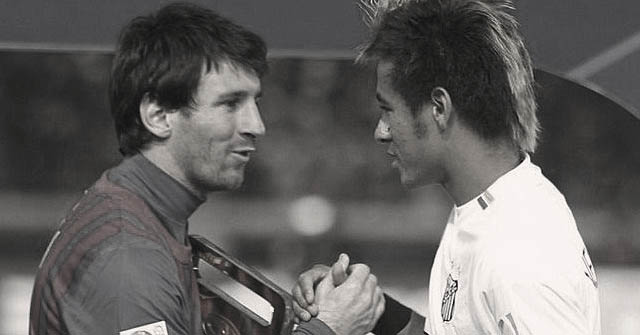 Messi and Neymar can form a deadly couple at FC Barcelona

It is also true that there have been many supposed successors to the throne of Pelé and none for one reason or another has reached the same relevance of the man who changed the concept of football a lot.. Still there have been and very talented.

Speed ​​display, goal, talent, fantasy and overflow that Neymar has shown in a competition like the Confederations Cup, make you think that this boy born on 5 February 1992, It has much to say.

The truth is that it faces a very difficult challenge. The square is beautiful and complicated at the same time. If he shows in Barcelona and in the next World Cup what he has been showing in Brazil and what he has shown during the Confederations Cup, at least, football fans will really enjoy.

Caricature of excuses Mourinho lights up networks
The best players in the history of Hercules
Luis Suarez, architect Football
Montevideo, the world capital of football
Who will win the Apertura 2015 in Mexico?
Gai Assulin, another young promise that stays on the road
Andre Pierre Gignac, a Frenchman who thrashed in Mexico
Maximum African scorers in World Cup history
Ladislao Mazurkiewicz, the best goalkeeper in the history of America
Is it better to play at home or away an elimination round?