Nike is overcome “The final game”

When it seemed impossible Nike has been overcome and surprise us again with the best promotion-year view. If a few months before the World Cup in Brazil, the well-known sports brand launched its ambitious campaign “Nike risk everything” in which much of the world's best players, They participated in a street party which ended in a giant stadium with the incredible Hulk goalkeeper, This time the challenge has been exceeded. This time Nike, brings you the final match. If you still do not know, Hanged for football in what you have.

Can you imagine to replace those best players in the world for clones, supposedly perfect beings without the mistakes that a human can commit?. What if someone cogiera Cristiano, Iniesta, David Luiz, Howard, Neymar, Rooney, Ribery and of course the always quirky and Zlatan Ibrahimovic changed by cold clones?. This is the main argument of this work of art made announcement by Nike, we always used to spectacular and high quality promotions from several decades. 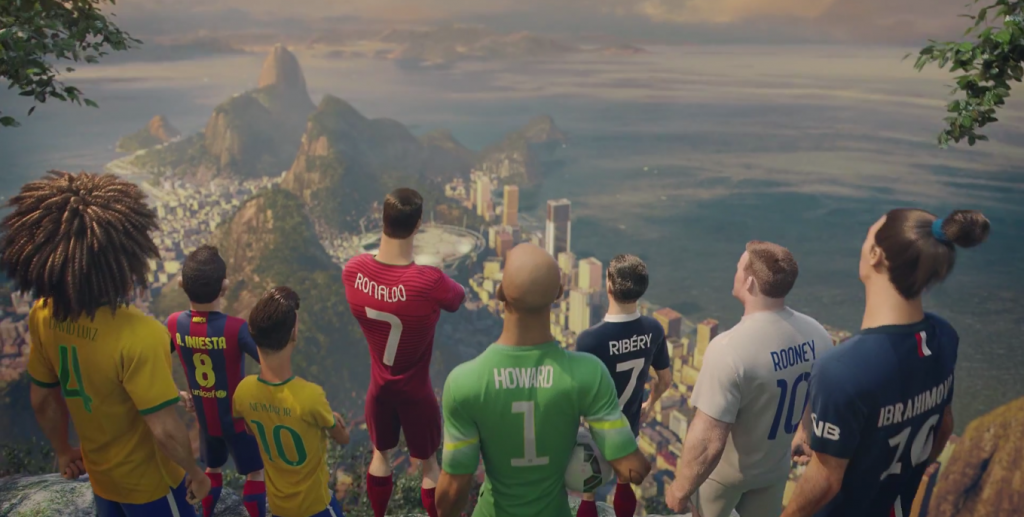 The announcement begins, a kind of scientific removes the defects of the players named in an exhibition before and announces that will change for about cperfectos clones. This fact, commands to stop our heroes. Football, It becomes so perfect that it becomes predictable and boring. When nobody expected, only one man can save the beautiful game. Ronaldo, Brazil, decides to recruit one by one the unmotivated major global players who are exercising so peculiar professions like mannequins in a window, valet unloading at a dock or hairdresser including.

Old Brazilian striker, after rescue, reminds them of who they are and that is what makes football is football. Dressed in their best tools, as the magus Nike Mercurial Superfly or, human players, decide to stand up and show their clones in football, the greatest risk, is play safe. You want to know more?, see for yourself. Nike risk everything, the final match. Do not miss it.

Alcoyano classification is complicated by falling 1-4 against Real Madrid
Hasta siempre Quini
Costa Rica, Cinderella queen group of death
Five stories and anecdotes of the European Day
'Mágico' González already has the tickets to return to Cádiz
Summary of the sixth round of the Champions
Rubiales is charged Lopetegui two days before the debut of Spain
The Generalitat Valenciana will cast a "ayudita" Valencia
Vissel Kobe brings together the three world champions
CD Castellón exceeds the record of subscribers in Third Division