Is the Champions League a farce?

Are you one of those who prefer the Champions League as it is now or as it was the old European Cup? I guess if your opinion is the majority in these times will prefer the current format with several representatives of the strongest leagues in theory as well as a much more even and excitement filled competition is disputed. But nevertheless, This thesis is not so if the path that has taken the continental showpiece since the establishment of observed 32 teams in the group stage this season 1999-2000.

And is that since that year, far from increasing competitiveness, it has decreased significantly. to get started, from that date, only five leagues have failed to register a champion (Italian, Spanish, English, German and Portuguese) and only one has been able to capture more than one representative in the final (French with Monaco). Only, They have been nine tournament champions, but it is also, the group stage has become a formality for European football greats, they just have trouble walking at this stage.

Real Madrid has never fallen throughout this period 13 years in the first phase, He is a semifinalist in the last three years. The Barcelona, Also a semifinalist in the last six years, only it has been removed only once in this instance and was in the far 2001. Same as Bayern Munich, which he fell a year later in the same round, or Milan, it did a year earlier (99-00) like Arsenal. Similar happens to Manchester United (only twice) or Juventus with three.

Teams that have been eliminated in the first phase with the new format 32 teams: 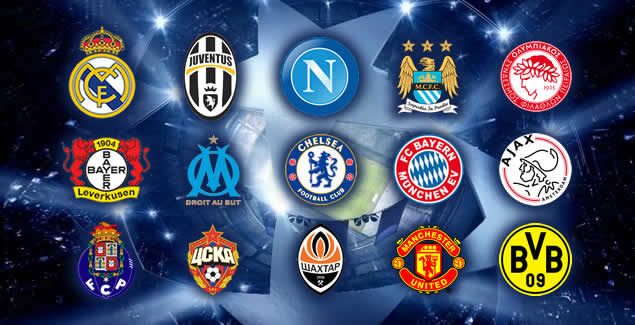 A situation, definitely, posed if not the Champions, a farce especially in the first phase. It is true, which it is a competition that makes money (and a lot), glory and prestige, but has a lack of competitiveness in its first phase certain areas for improvement.

The liguillas cause the weak will be very difficult to win big, surprises are reduced to a minimum (since 1996 does not get any team Eredivisie) and even, recent games become Tostones level where sports (not economic) It is sold out.

maybe, formula pass again reduce competition and group stage 24, perhaps to sift through a tie, but the truth is that true European Cup seems not come until February. Cast, would undermine the viewer.