Mexican football joins the grief over the death of Juan Gabriel

Juan Gabriel, Mexican idol and one of the most recognized Latin American singers has died 66 years in Los Angeles, where he was for a concert tour. Only two days before, He had given a successful concert in the US city. He is known as the Mexican composer with more songs, 1500, the death of “Divo of Juarez” as it was called has caused consternation to the Mexican people and the world of football Aztec country it has not been less. Numerous players and clubs have joined the pain in various social networks. 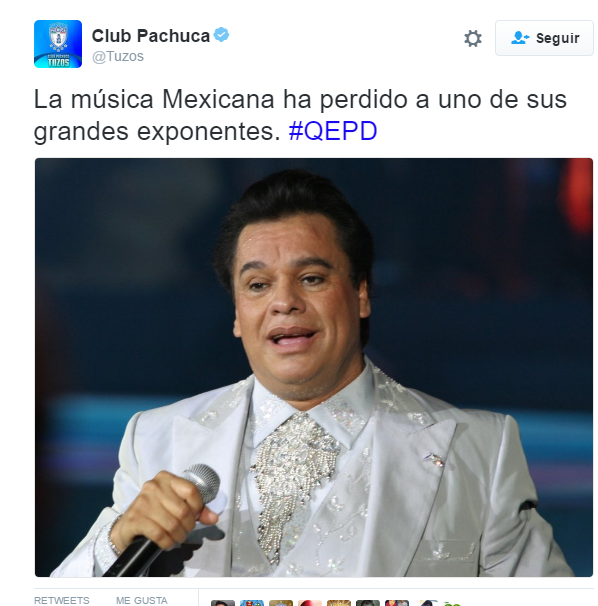 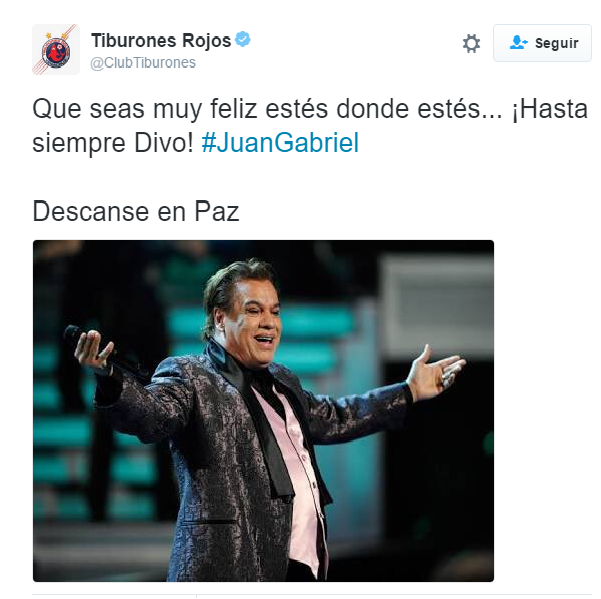 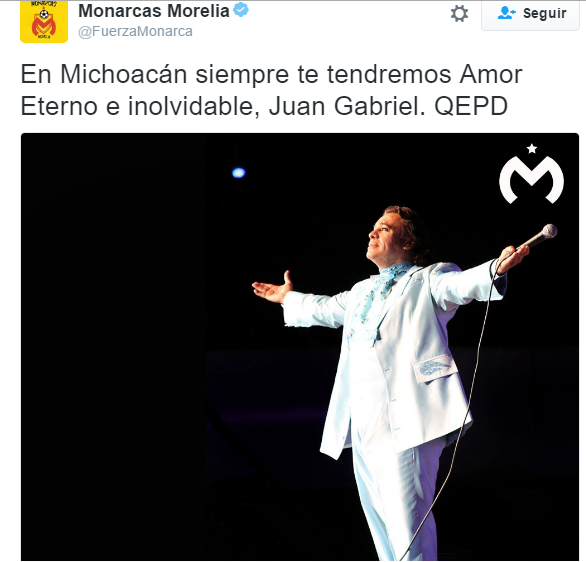 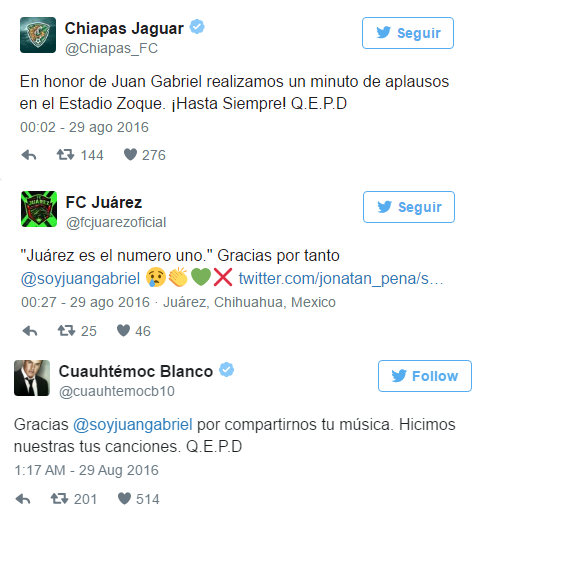 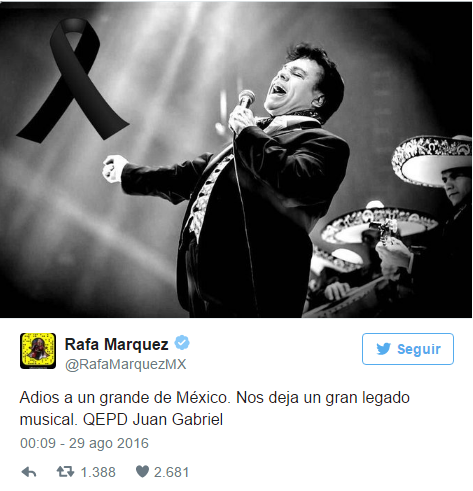