Who really was Fergus Suter? 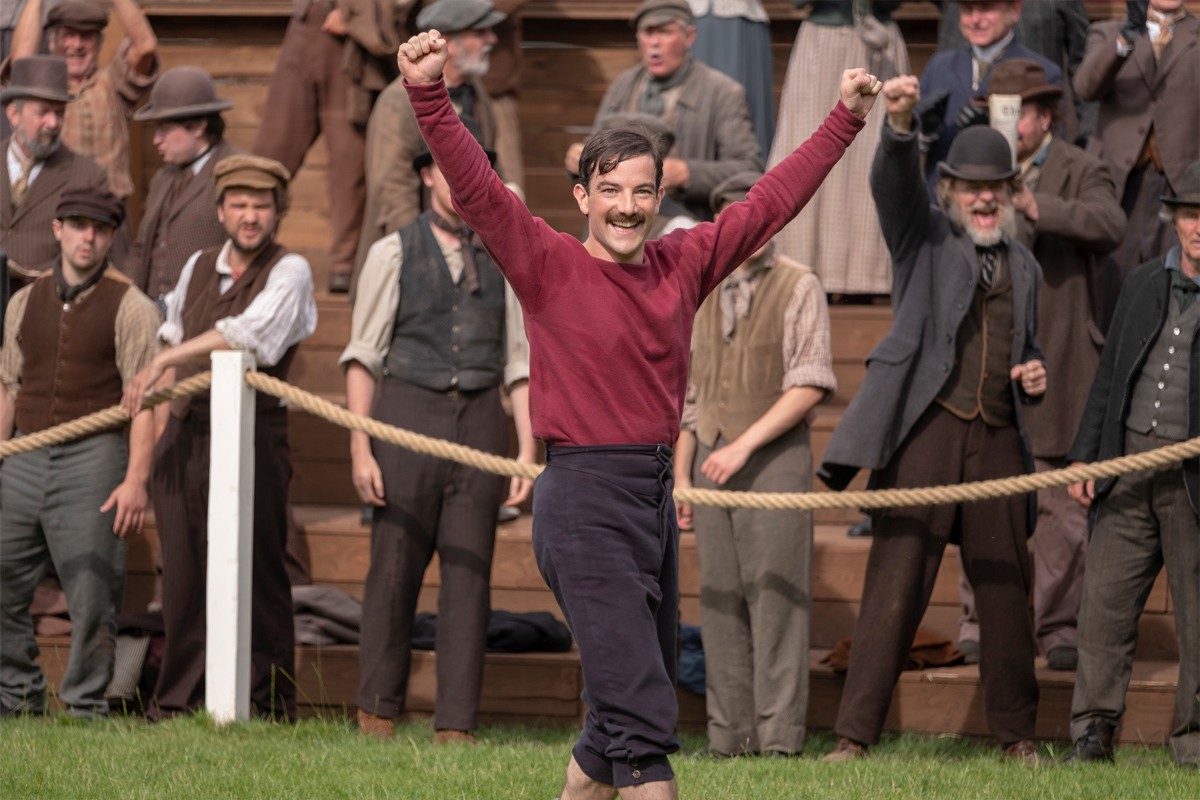 Who really was Fergus Suter? In the picture the actor Kevin Guthrie in the role of Fergus Suter. PHOTO: Netflix

The name of Fergus Suter has become very famous thanks to the series of Netflix “The English Game” and known in Spain as ‘A game of Knights’. This series of 6 chapters, It tells us the first steps in the history of football in the United Kingdom in the eighties of the 19th century and how the transition from amateur football to professional football was forged and how the wealthy elites were giving way to a sport they believed to be theirs. And the plot is mostly focused on Fergus Suter interpreted by Kevin Guthrie and in Arthur Kinnaird interpreted by Edward Holcroft.

Who really was Fergus Suter?

Scottish Fergus Suter was the first professional player in football history. Or at least that's how it's considered. In his native Glasgow, he played soccer in the Partick while also working as a bricklayer. He signed his signing for Darwen in exchange for work and home, but also compensation for playing soccer. Something that also happened because of his subsequent signing for Blackburn in which he charged to play soccer and his other job., it was just a cover to avoid the sanction of those who at that time, they had set the first standards in the history of football.

At that time, football was totally amateur and professionalism was prohibited although this, made it not fair. Members of the elite teams, were wealthy who did not work or had more comfortable jobs, allowing them to train and rest to get well to the matches while the players of the workers' teams, they were people of humble economic profile, with hard physical jobs that barely allowed them to train and rest. This made them always win the same until the arrival of the first professionals.

Who was Arthur Kinnaird really?

Kinnaird was a wealthy family banker and influencer who also, He was a tough footballer who was part of the team of Old Etonians F. C and the Wanderers Football Club and which was also a very important part of the development of the king of sports in its first decades of life. Won 5 times the FA Cup between the two clubs and was a finalist in other 4 occasions. It is attributed among other things, the first own goal in an official match in 1877. Despite being born in London, went international with Scotland in a match against England in which he considers himself one of the oldest games in history.

After his retirement, Arthur Kinnaird was very important in the development of football in its transition to the 20th century. He became president of the English Football Association in 1890 having previously been a director and treasurer. It was 30 years in office in which professionalism developed (approved in 1885), joining FIFA, organizing leagues and building Wembley. Almost nothing.

What is real and what is not in ‘A game of Knights’?

The series of Netflix it is based on real events but as it always happens in these cases, takes her own licenses on the plot and the script to make her more attractive. For example, focuses on rivalry on the field between Kinnaird and Suter when they only met once on the field, in the FA Cup final of 1882 and that was won by the Kinnaird Old Etonians. 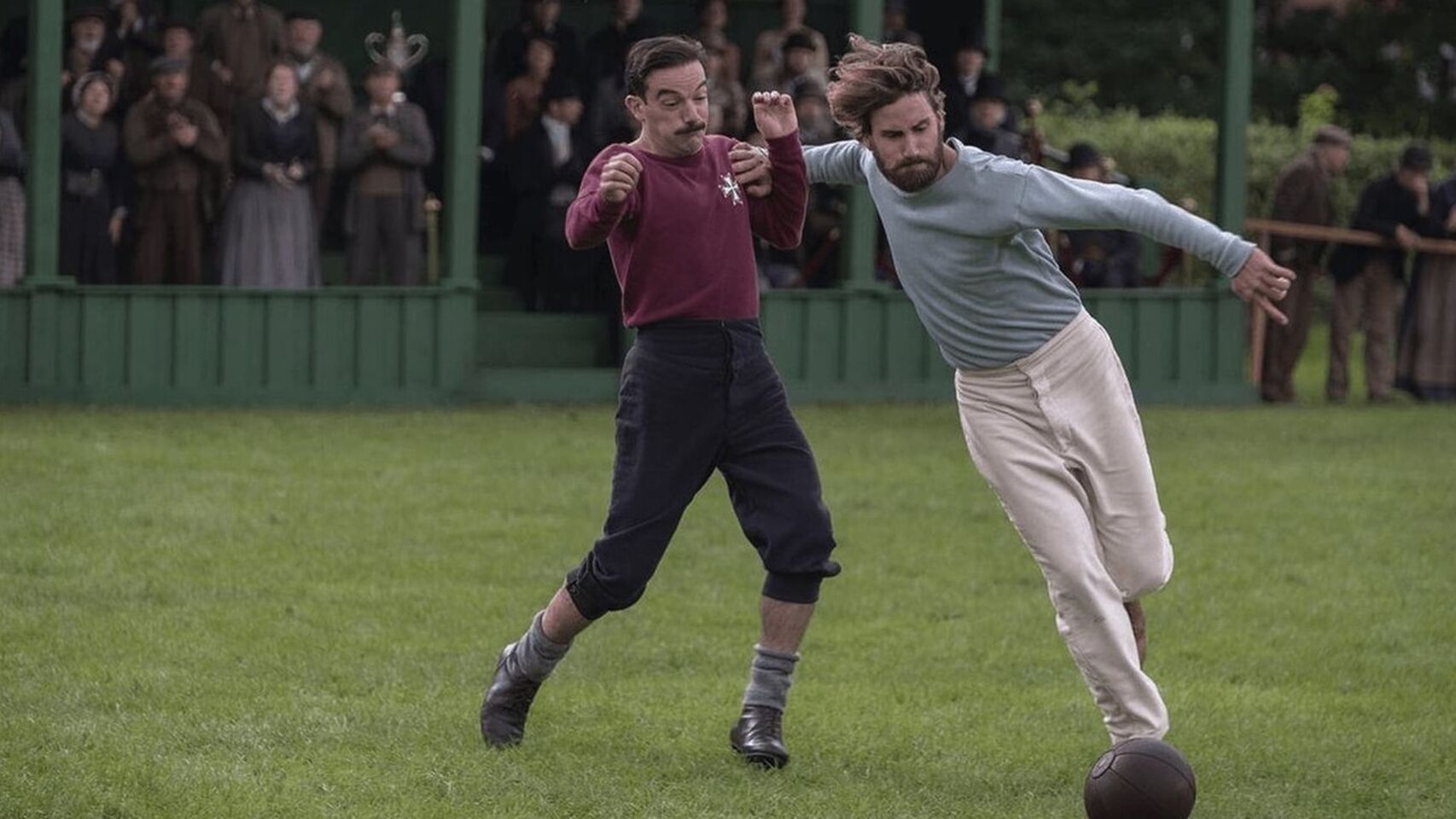 Another of the series licenses is that of Suter's Blackburn victory against the Kinnaird team.. This was not exactly the case. At that time there were two teams in Blackburn: Rovers y Olympic. Suter played for the Rovers and the one who won that final to the Kinnaird Old Etonians was the Olympic where Fergus Suter did not play. Nevertheless, It is still a series that if you have not seen, we recommend you.

PC returns Football
Suruga Bank Cup, a somewhat unknown competition
Nicknames in football
The best homegrown players of FC Barcelona: Past, present and future
Best gambling sites where to get no deposit bonuses
Alex Morgan, one of the best female players in the world
The worst signings in the history of Sevilla
Catalans who triumphed at Real Madrid
South Korea, supporting actors, but important in the last World
Five players who you thought had already retired from football