The most viajeras hobbies League

What are the hobbies that most travel in the League? What are the furthest from each other stadiums League?, And the nearest? Which teams are moving more money on travel? Today we will tell these data published in a study of the impact fans goeuro.es

The Premier and the Bundesliga are leagues move more money on travel season, 565 Y 301 million euros each, respectively. La Liga, it's with 290 million third of Europe. A curious fact given that only one 4% fans traveling to watch their team away from their stadium. A fact that also varies due to the amount of derbis played in the league. 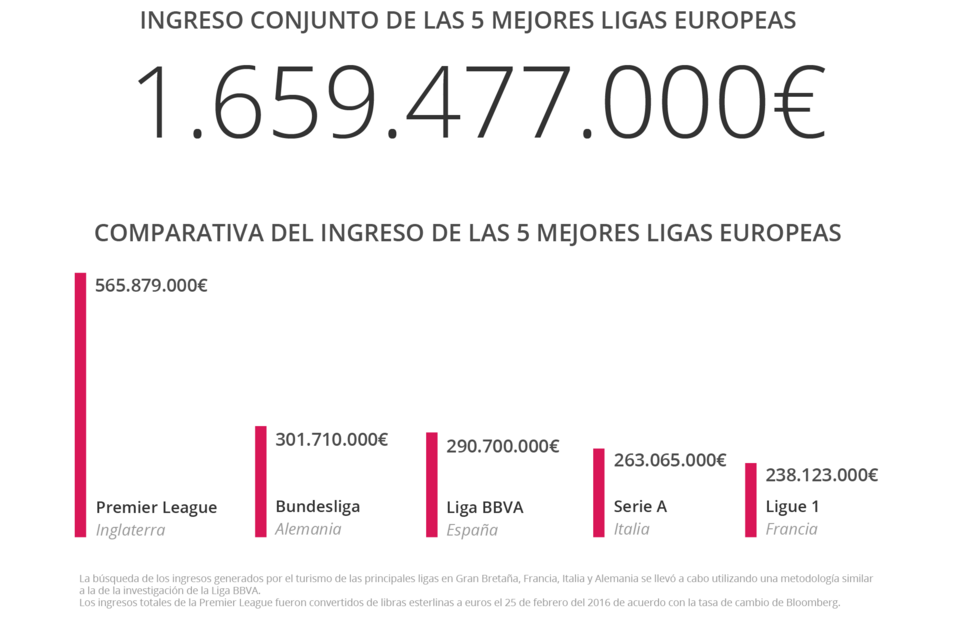 Thus we can find the Levante-Valencia-Villarreal matches where two teams of Valencia and Castellon Province, are just 60 km away which causes greater movement of followers. We also found Atletico Madrid-Real Madrid-Rayo and Getafe matches, belonging to the Madrid metropolitan area. Betis Sevilla have in Seville and Barcelona, the derby between parakeets and Catalans. Many parties a few kilometers away to make it easier for fans to attend the game, but do not generate much money for tourism, because the fans did not spend the night in the destination cities.

But undoubtedly the most have to travel each 15 days if they want to see their team are certainly outside the UD Las Palmas. Located in tropical but distant Canary Islands, eventually pass through a year 76.712 km. Almost nothing. A peninsular level the farthest First party is playing Espanyol and Barcelona against Celta de Vigo and vice versa. These three hobbies will walk 1105 km away from one city or another. To see the difference, the average domestic travel is 719 km, almost 400 km less away every road game.

And what are the farthest League stadiums are? As they are Gran Canaria Stadium and the Camp Nou since among them there 2046 km away. The nearest stadiums are in Mestalla and Valencia where Ciutat de Valencia, They are separated by almost 3 km. Thing that will change if one day build the New Mestalla. It is followed by Benito Villmarín and the Sanchez Pizjuan and of course the Bernabeu and Calderon.