The “beast” Hulk signed for Zenit

Zenit Saint Petersburg have announced the signing of Brazilian forward Hulk for the next five seasons. In return, the current champion of the Russian Premier will pay some 60 million euros to Porto, according to information from the Portuguese press, in what would be the most expensive operation this summer.
Hulk, of 26 years, will wear the number '29’ en el Petrovsky Stadium, as confirmed by Dmitry Tsimmerman, club spokesperson. Although the Russian leaders did not want to offer any figures of the transfer, In Portugal there is certainly another great business for Porto. 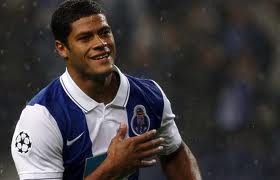 Apparently, the club chaired by Nuno Pinto da Costa will receive the 85 percent of pass, valued at 40 millions of euros, the largest amount ever received by a Portuguese club. The rest of the money will be delivered to the investment fund that owns part of the player's rights.