Ladislao Mazurkiewicz, the best goalkeeper in the history of America 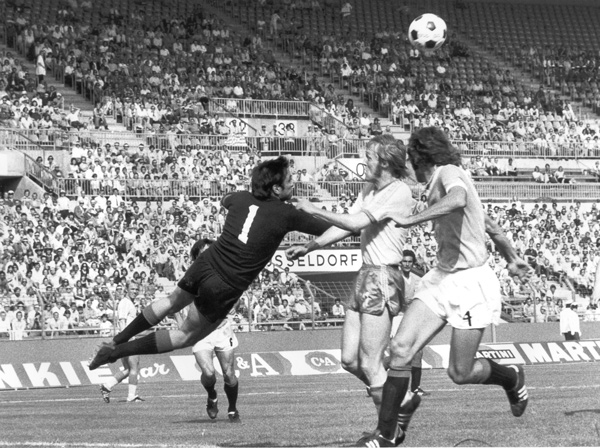 Ladislao Mazurkiewicz was the best goalkeeper in the World 1970.

For many, Ladislao Mazurkiewicz was the best goalkeeper in the history of America. An urban legend circulated, here, Europe, that the South American goalkeepers may not be good porteros.Se said that its level is usually low except in cases, not really like the idea of ​​being a keeper for those dollars. logically, when we talk about urban legend, We talk about it, something that speaks but does not have to be true. We could define a long list of porters or as they say in those lands, “archers” O “goleros”, which would cause a passionate debate among football, While it is true that in Europe, usually they come out best goalkeepers in South America and best strikers.

Reviewing this list, the first without hesitation would be the protagonist of this story in Colgados for football. They say it, it is one of the best goalkeepers in history, and of course, it is the best goalkeeper in the history of the Americas. Ladislao Mazurkiewicz, despite its name, He was not born in Poland but it did in Uruguay, specifically in the city of Piriápolis, which despite its name, even this in Greece, but in the South American country. 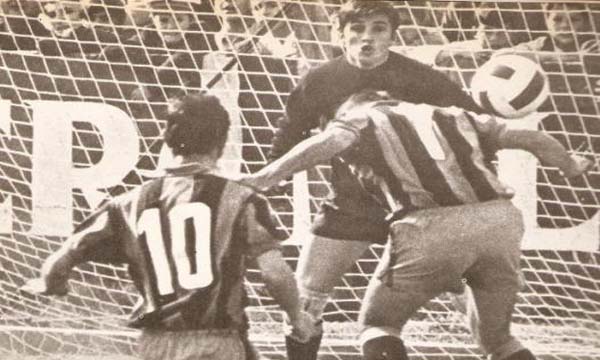 Ladislao Mazurkiewicz is a myth in Uruguay.

It did the day of lovers 1945, that is, the 14 February. The best of all, is that almost reached the goal of luck, unwillingly. When he started at Racing Montevideo, He did center forward, but it turned out as good Ladislao lingered in the locker room, when he left to start the test and had 21 players on the field and just missing a goalkeeper, so there and unbeknownst, He began his legend.

He played in the Uruguayan Racing, in two stages in Pinerolo, Atletico Mineiro in Brazil, four seasons in the Spanish Granada, Cobreloa in Chile and Colombia America. Altogether it was active from 1963 until 1982, year in which he retired from active football. He won three Uruguayan championships, one in Brazil, Libertadores and Intercontinental in 1966 and Supercopa intercontinental Champions 1969. all, with Peñarol .

With the Uruguayan national team, He won the Under-20 South American Championship in 64, the South American Championship 1967( Now Copa America) and she reached the semifinals of World 1970, where he became famous for his play with Skin, lto the goal that was not a goal, in this World, was appointed best goalkeeper of the tournament. He played in three World, defending the goal “charrúa” 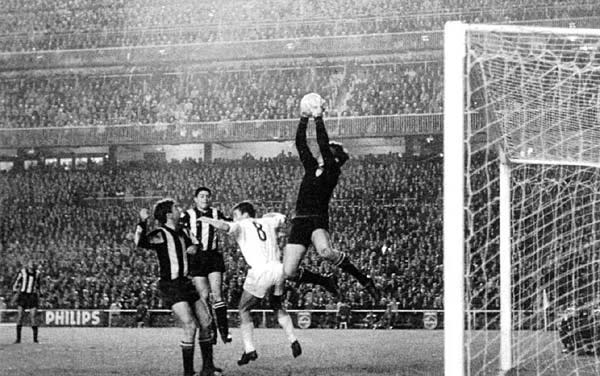 Ladislao Mazurkiewicz was the best goalkeeper in the World 1970.

Lev Yashin, “Black Spider”, which is considered the best goalkeeper of all time by football historians, He gave his gloves in a party tribute in which they agreed, and he said after retiring his successor, was Ladislao Mazurkiewicz. Big words. The 2 of January of 2013, Ladislao dies at 67 few years due to breathing problems, exacerbated by a kidney problems.

Best memes of eliminating Barcelona
The best players in the history of Valencia
Bundesliga top scorer with just 81 minutes played
The player who was about to die on the field and saw God
What happened to some teams that played in Primera long ago?
The Premier League, a machine... but throwing money
The 100 most read articles Colgadosporelfutbol in 2015
The 10 worst signings in the history of Deportivo La Coruna
The ten richest players in the Premier League
Quini: the warlock goal